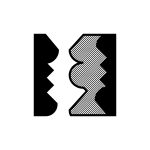 The tower is typically characterized as a capitalist jewel for massive corporations – a thing symbolizing immense power. The structure itself being tall, rectangular, and blanketed in glass. Rather than buy into the international status quo, this project investigates how to design a building with a distinct personality to reflect that of an individual rather than the ever imposing “them.” A skyscraper that becomes a character among others to create a full cast of tall friends.  The project explores how the silhouette and facade of a building can imply something more, whether it’s relating to personality, its surroundings, or the life that occurs inside.

The tower presents a different silhouette from every side. Some are more conservative than others, but each side still hints at oddities. To personify this, I was thinking of what kind of person hides themselves from one group of people, but is completely open in another. Perhaps it is a socially awkward person? That is what I went with. It reveals it’s quirkiness to some while thinly veiling it to others. The result is a character that surprises you at every corner. 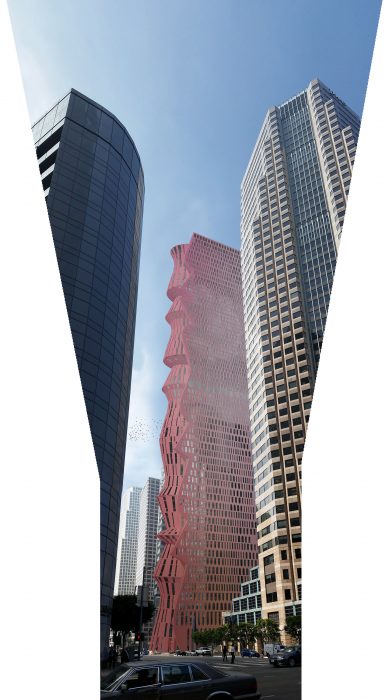 She tries to fit in sometimes… 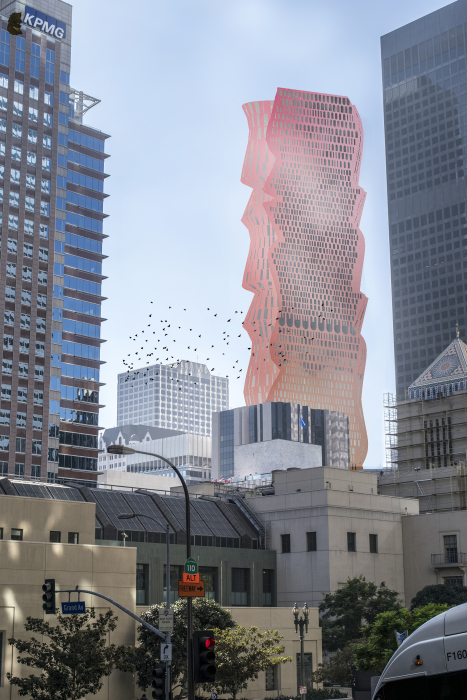 …by hiding behind a facade,

but solace is with her longtime friends in the city of angels. 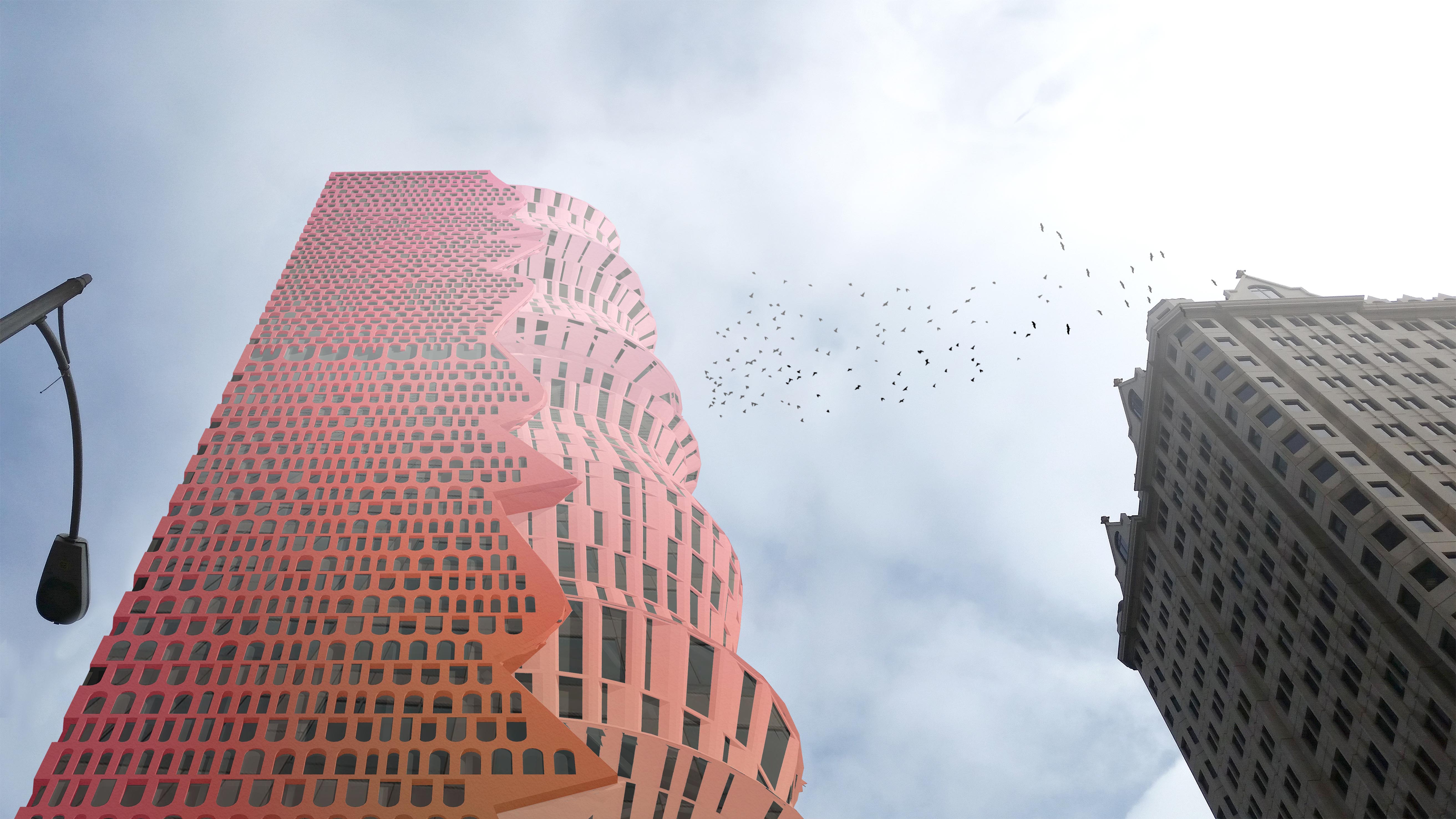 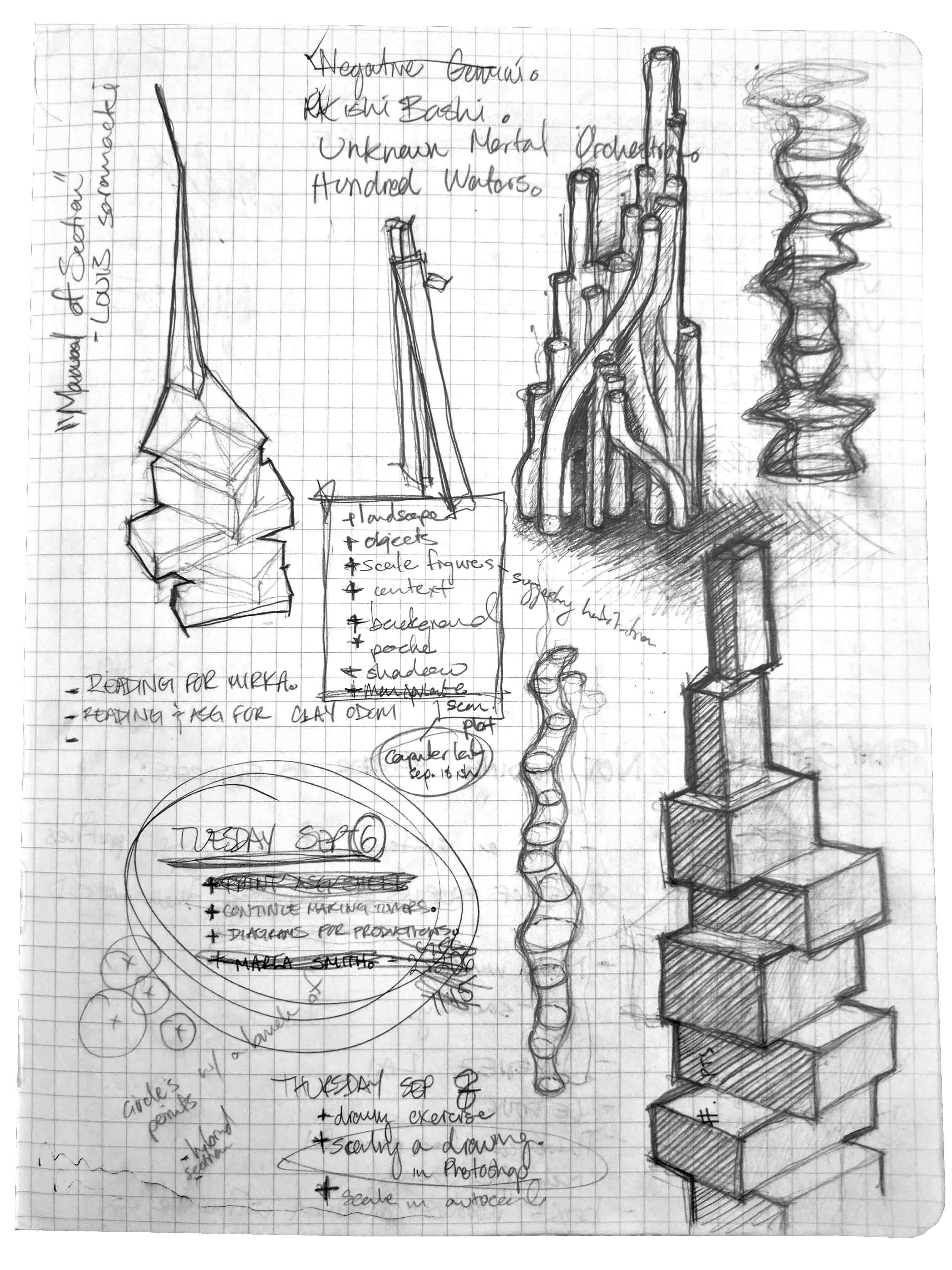 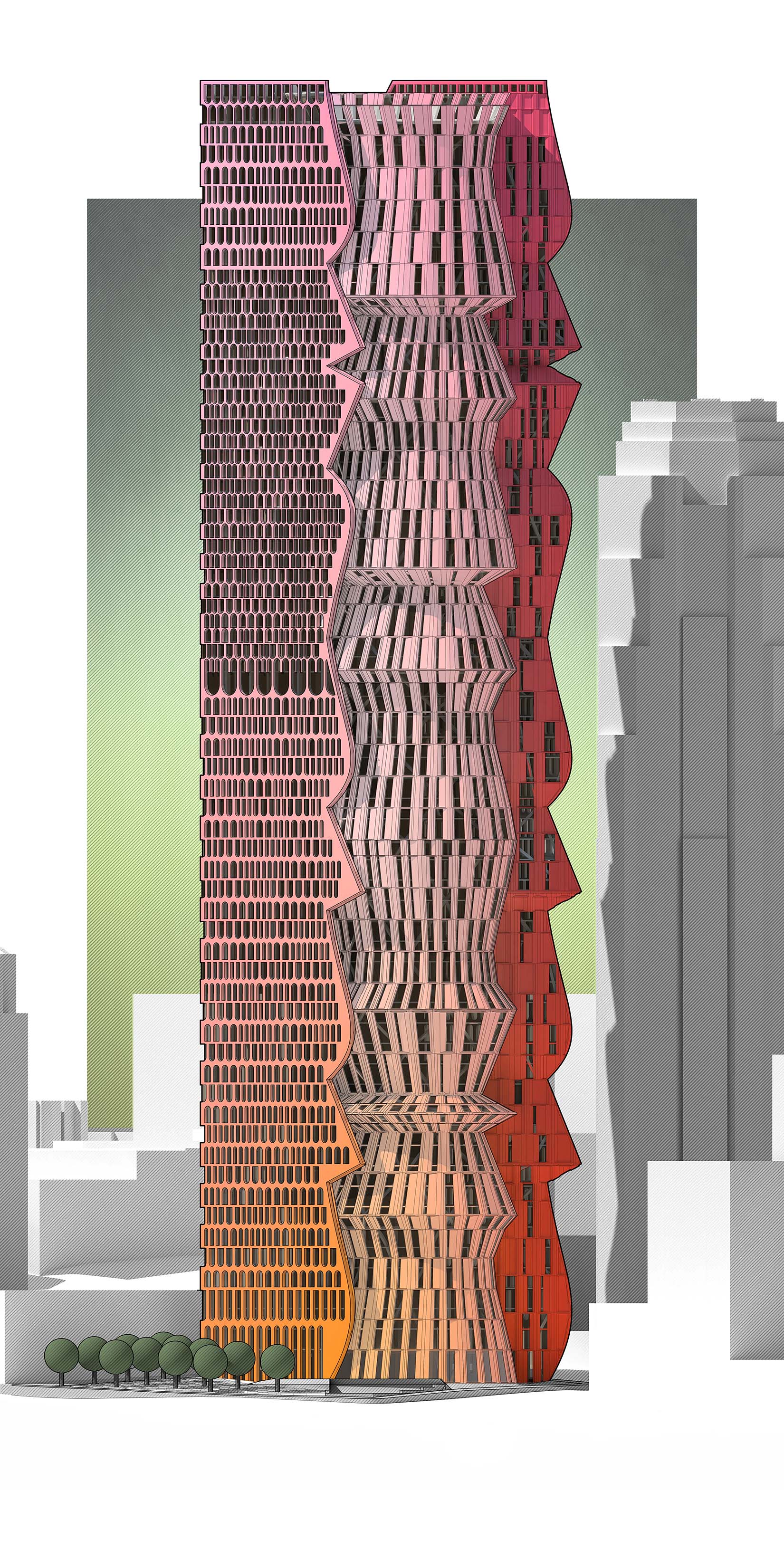 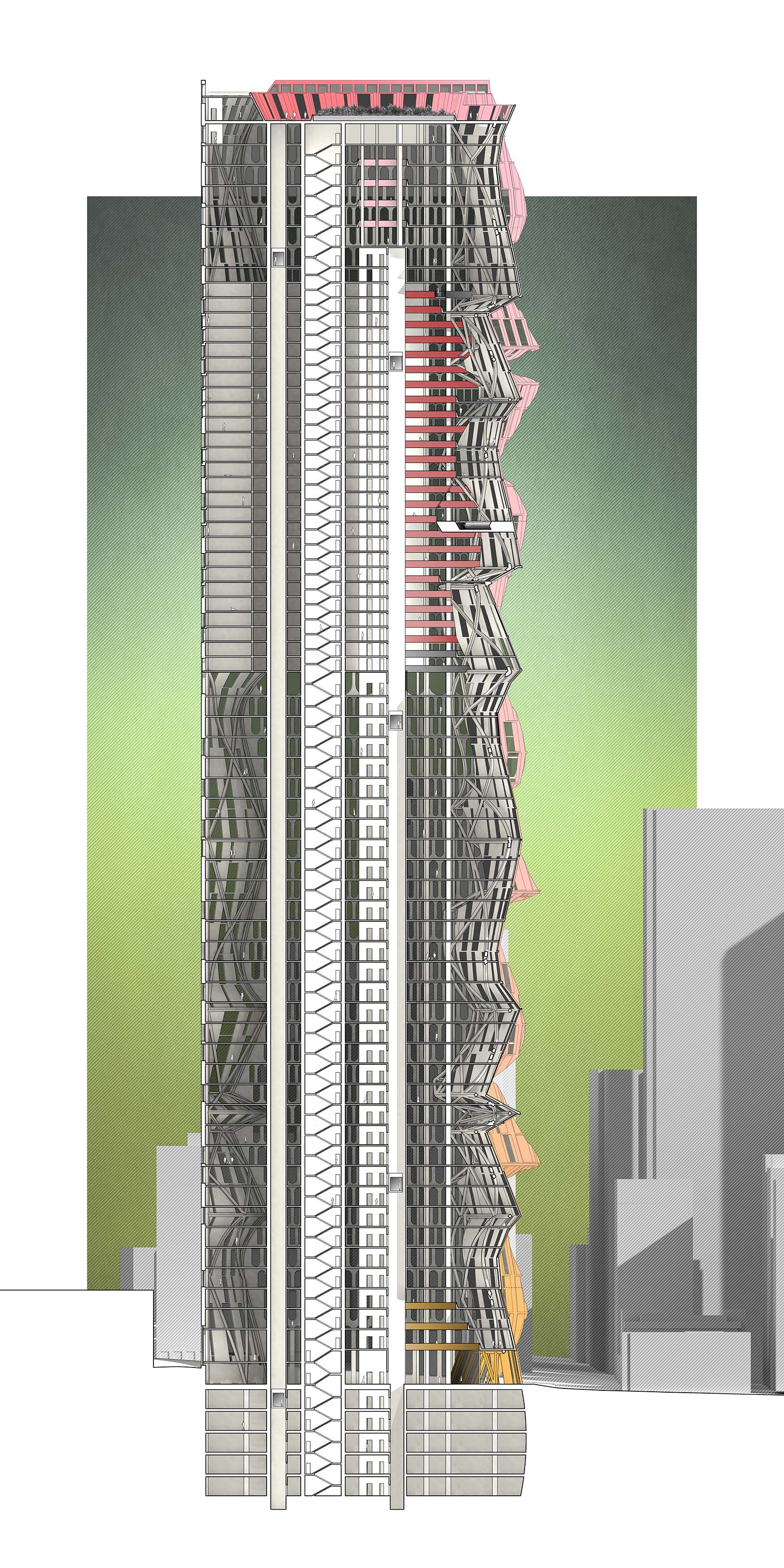 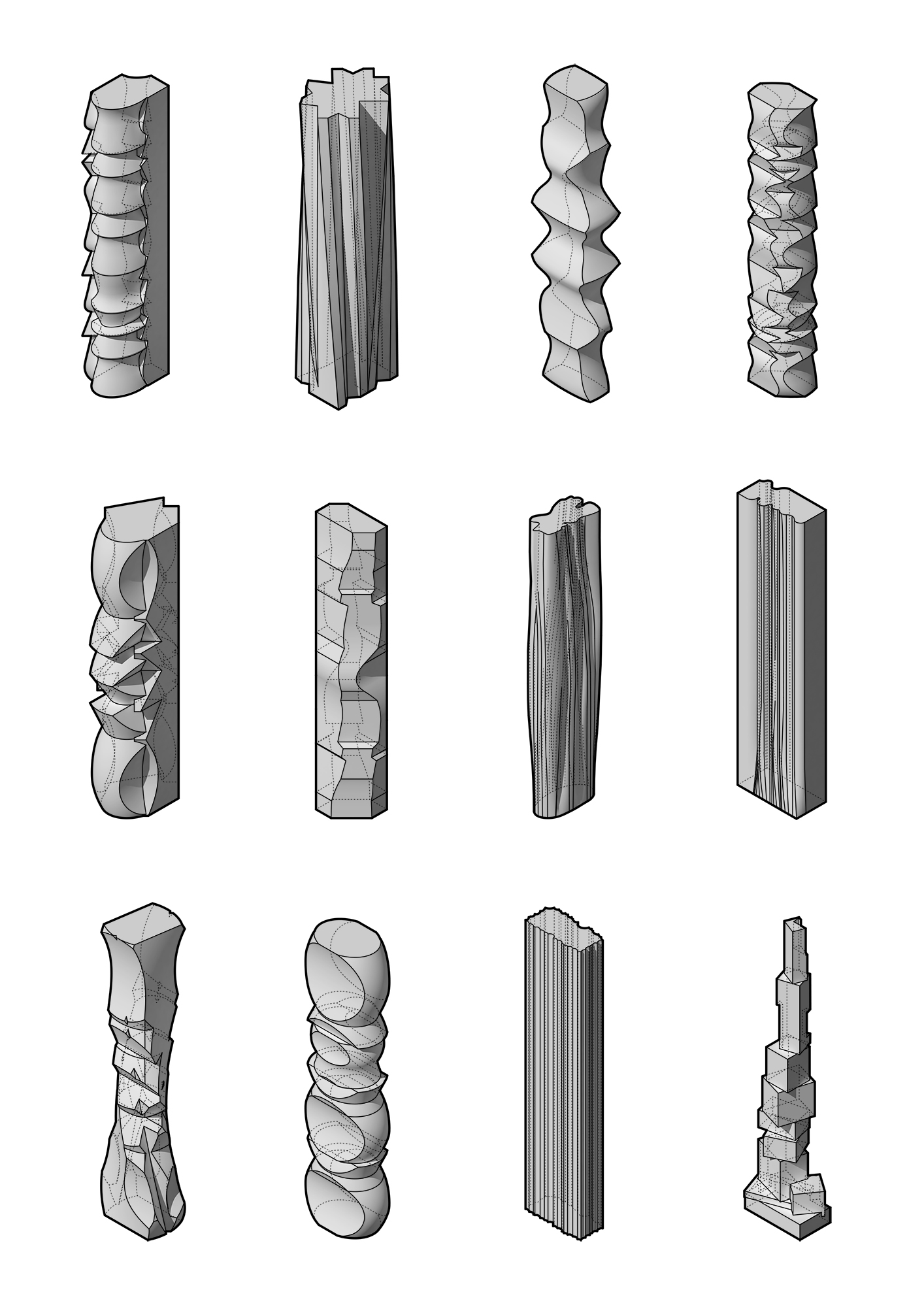 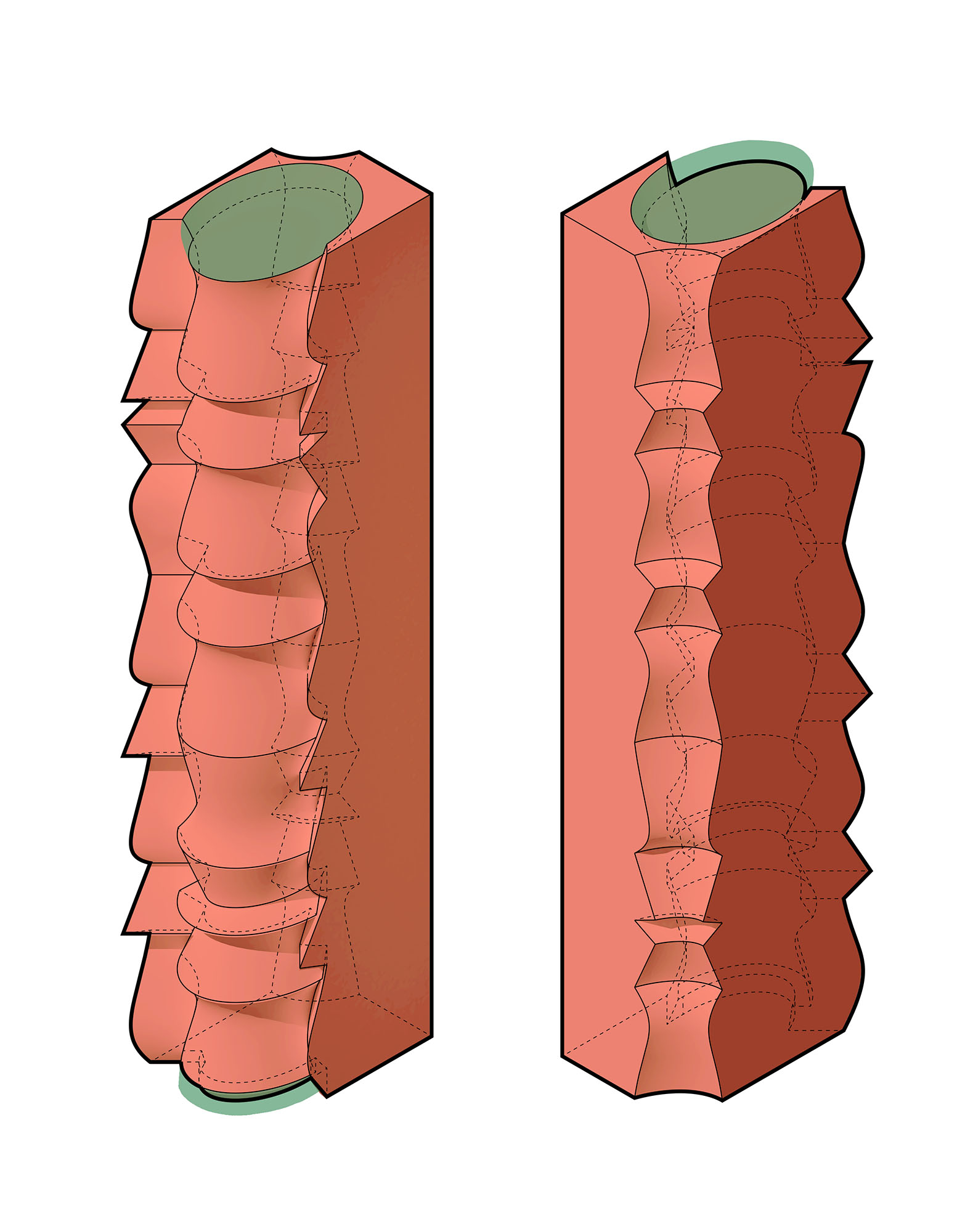 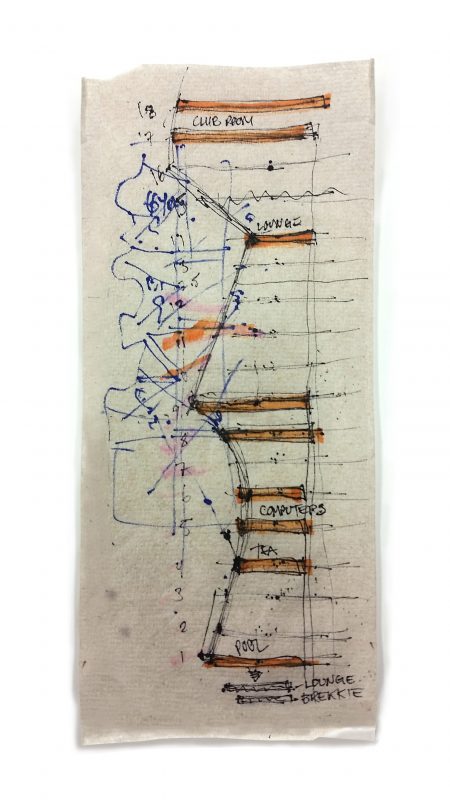 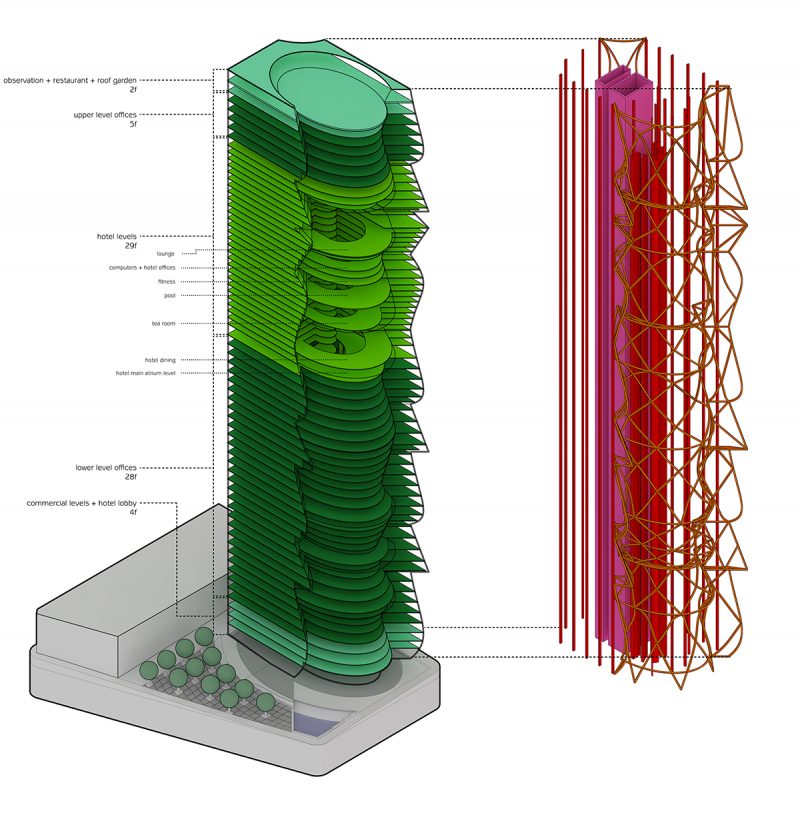