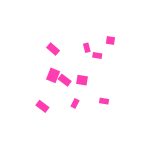 At an apartment I lived in during college, a friend had spilled hot black wax all over the carpet. We called it the black hole, and put a rug over it. However, when friends came over, they would wonder why we had a randomly placed rug. They would eventually pick it up out of curiosity, revealing the stain. Visually, its persistent blackness was intimidating, and when we tried to hide it, we knew it was still there eating away at our security deposit.

This site, hidden deep within a suburban compound in Austin, Texas, was like the neighborhood’s black hole – unseen to the outsider, but when close, curiosity draws you down its steep slope. To morph this initial impression into architecture, a person would descend through a meandering path. As one progresses, they are pulled further by interesting natural formations either visual, audible, or tactile, then propelled on to the next one. The buildings on the site also gravitate around these points and get less dense the further away from them one gets. The variation in building density creates a relationship between voyeurism and intimacy for the people who occupy them.

Programmatically, there is a problem in these sprawling neighborhoods in which one must drive a long way to get to any shop. As a result, homes will have extra pieces to them such as a grocery. This project provides a yoga studio, lodging, and a natural research center due to the site’s diverse ecology. These divergent public and private programs are tied together by the drum circle and kitchen in the center. While seemingly awkward, together they afford sustenance and a sense of community to the entire site. 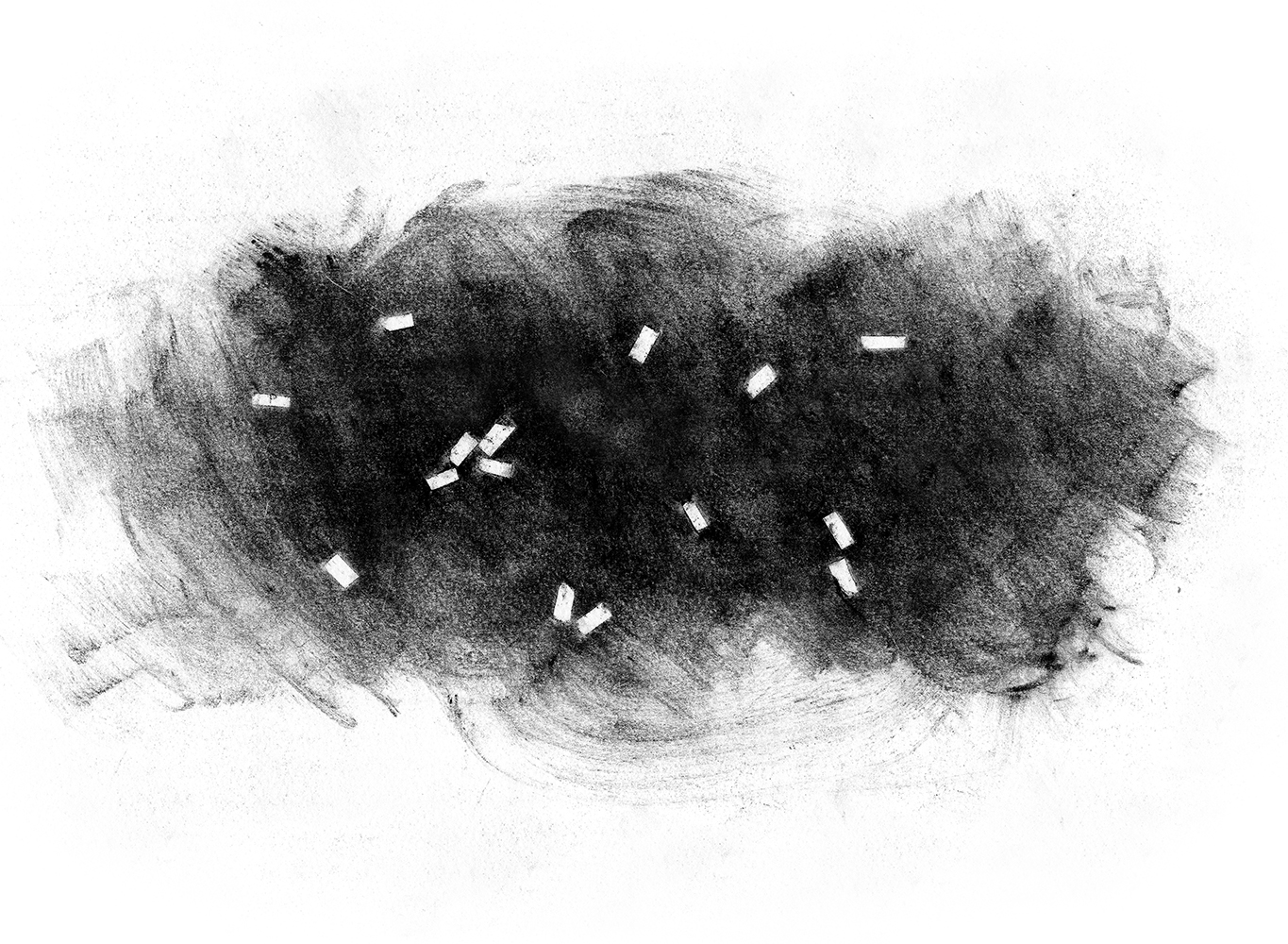 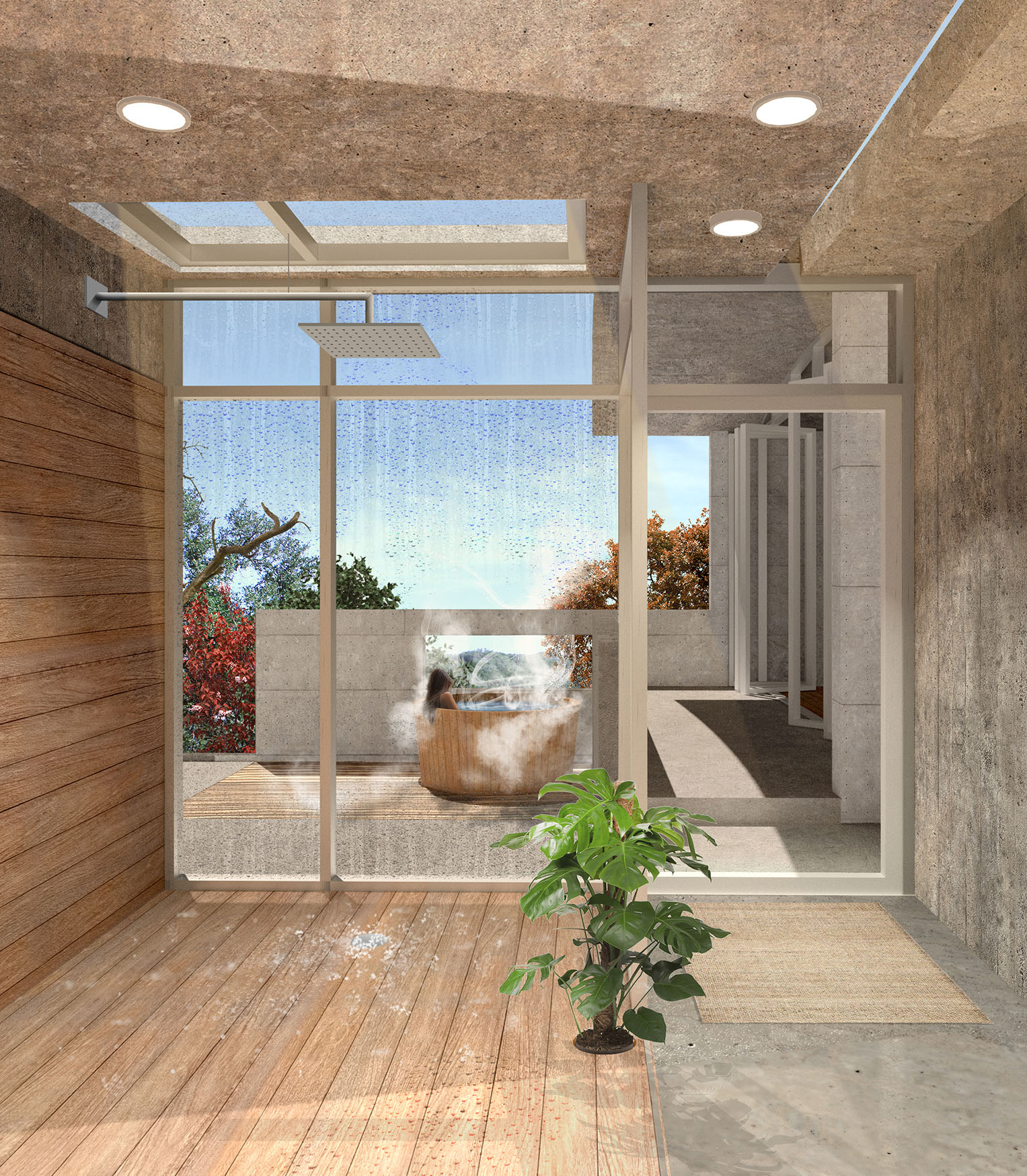 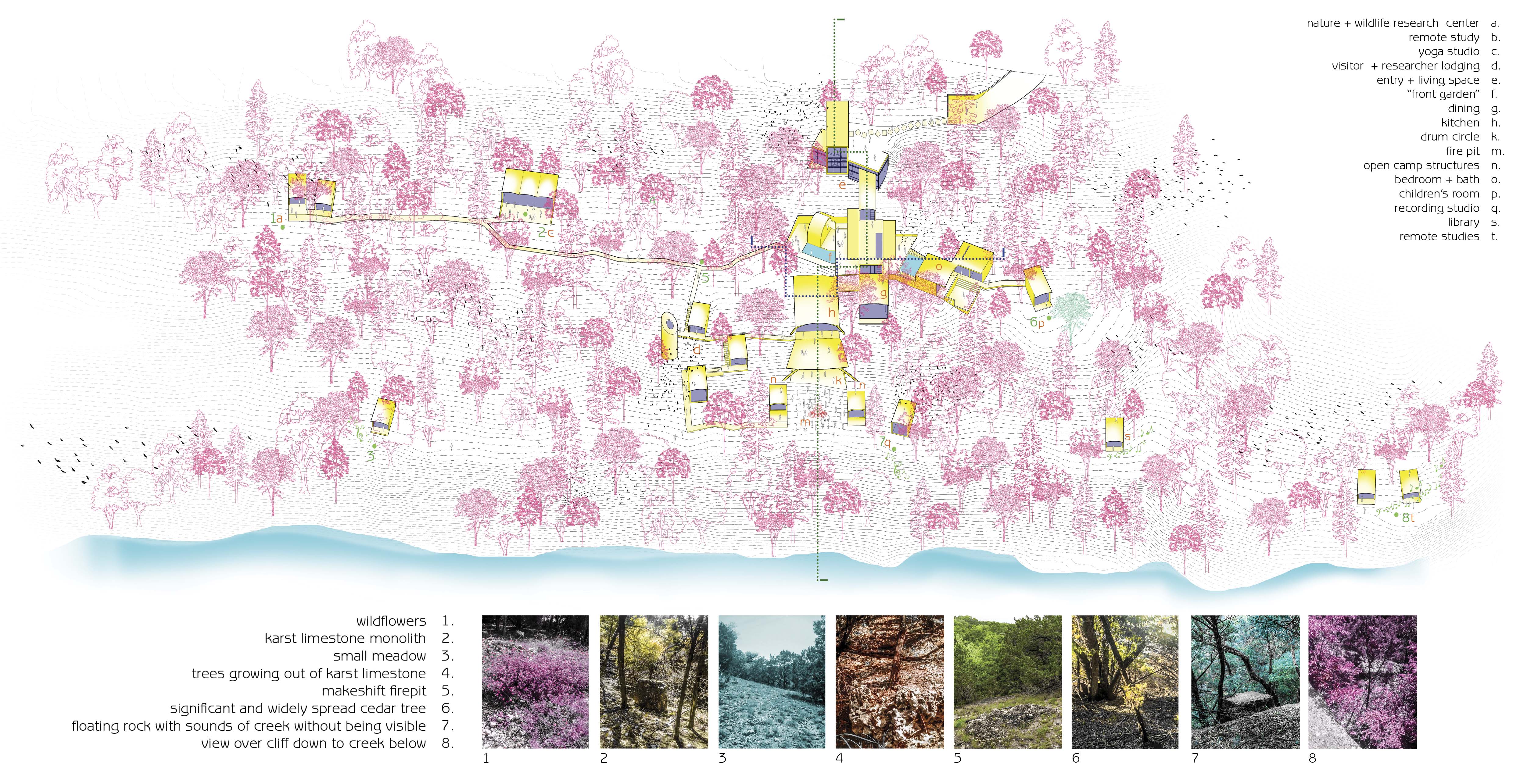 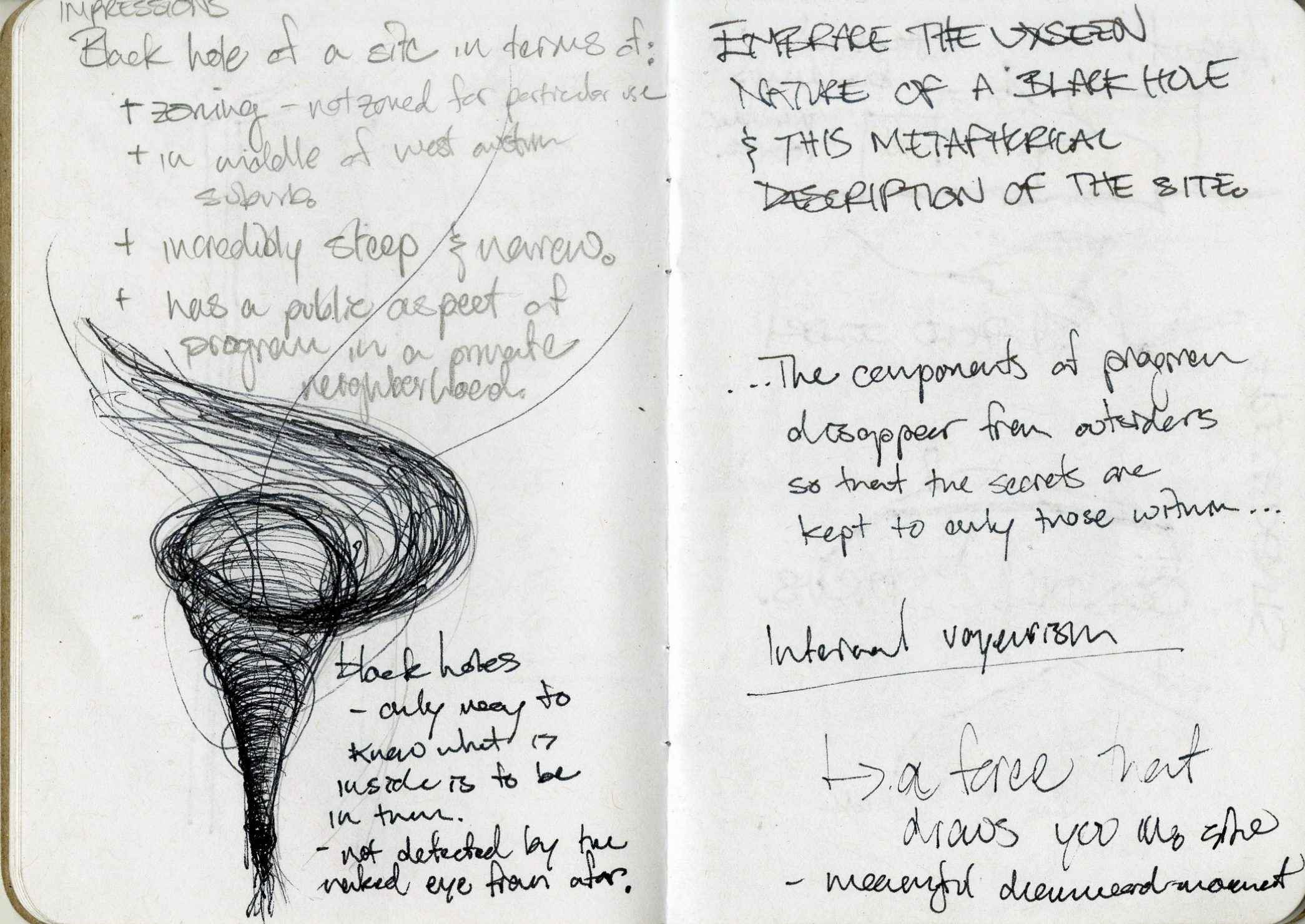 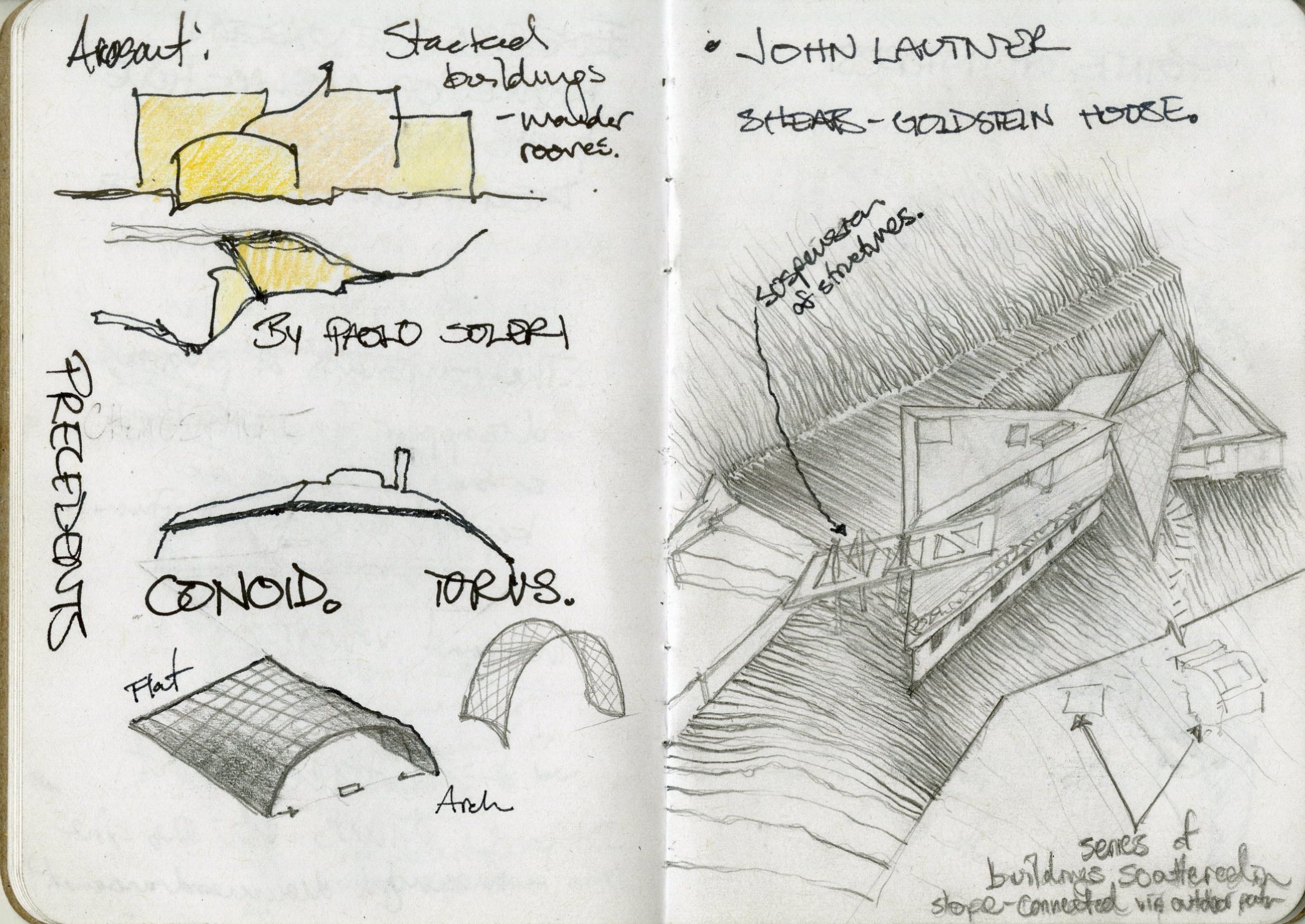 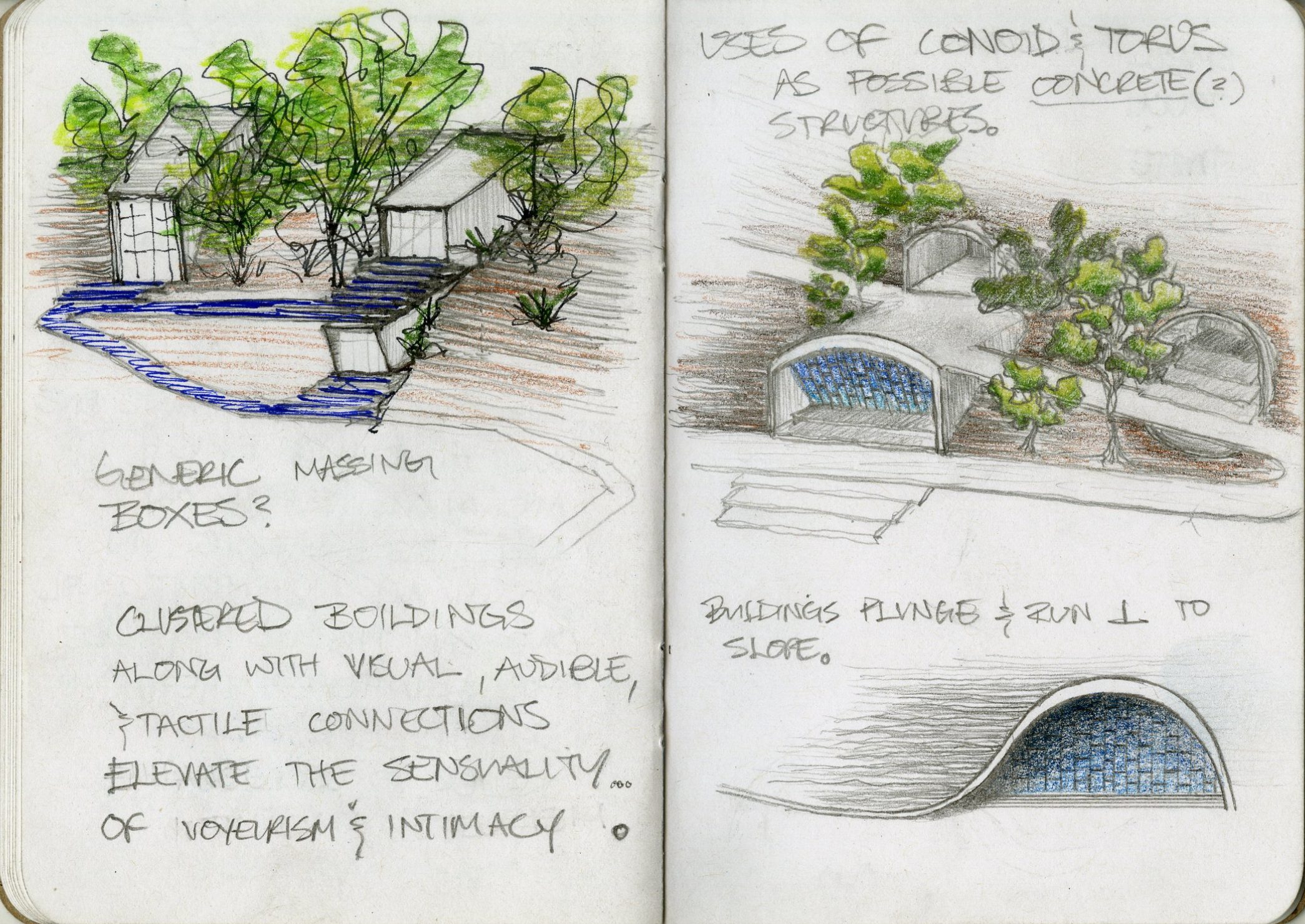 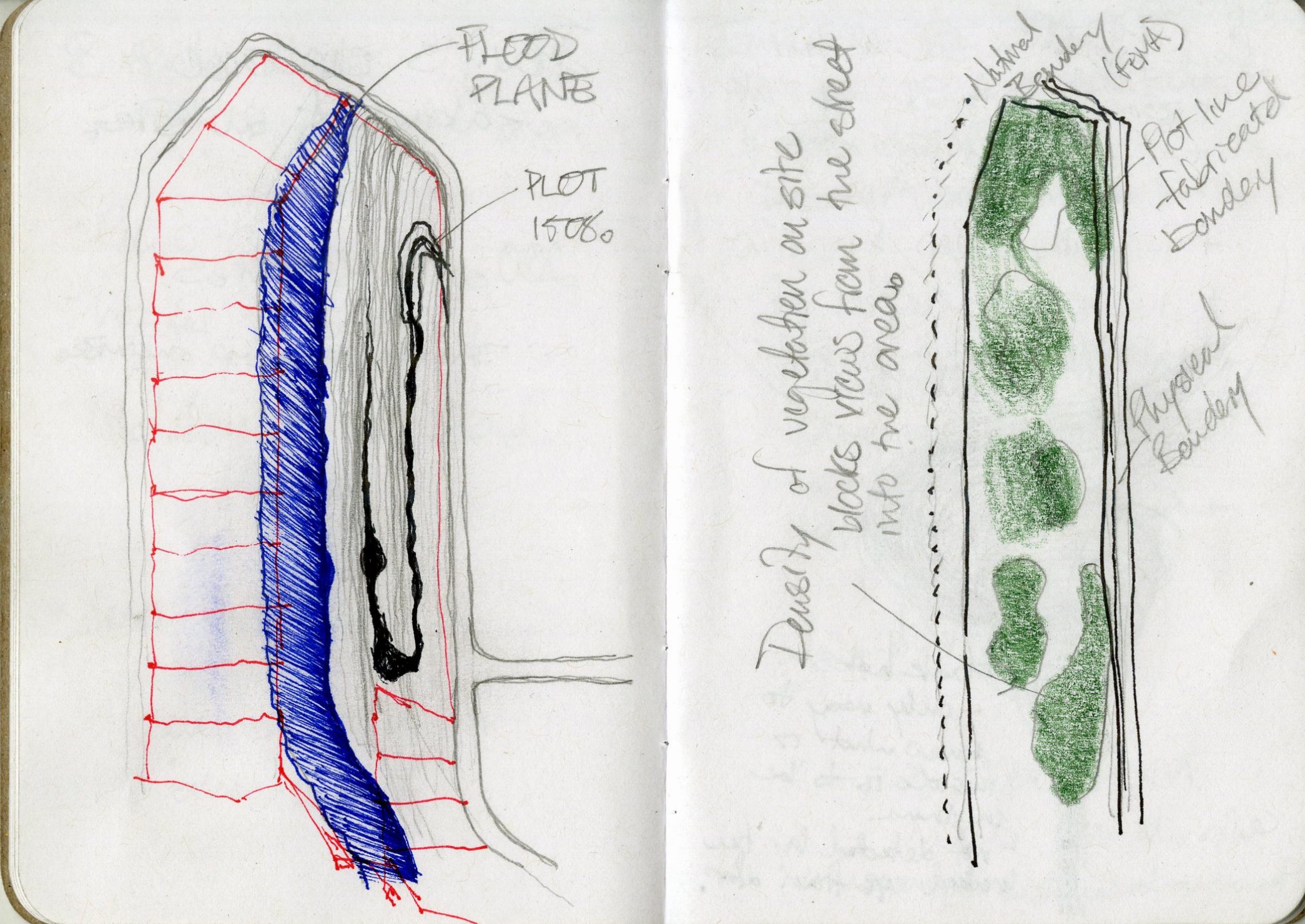 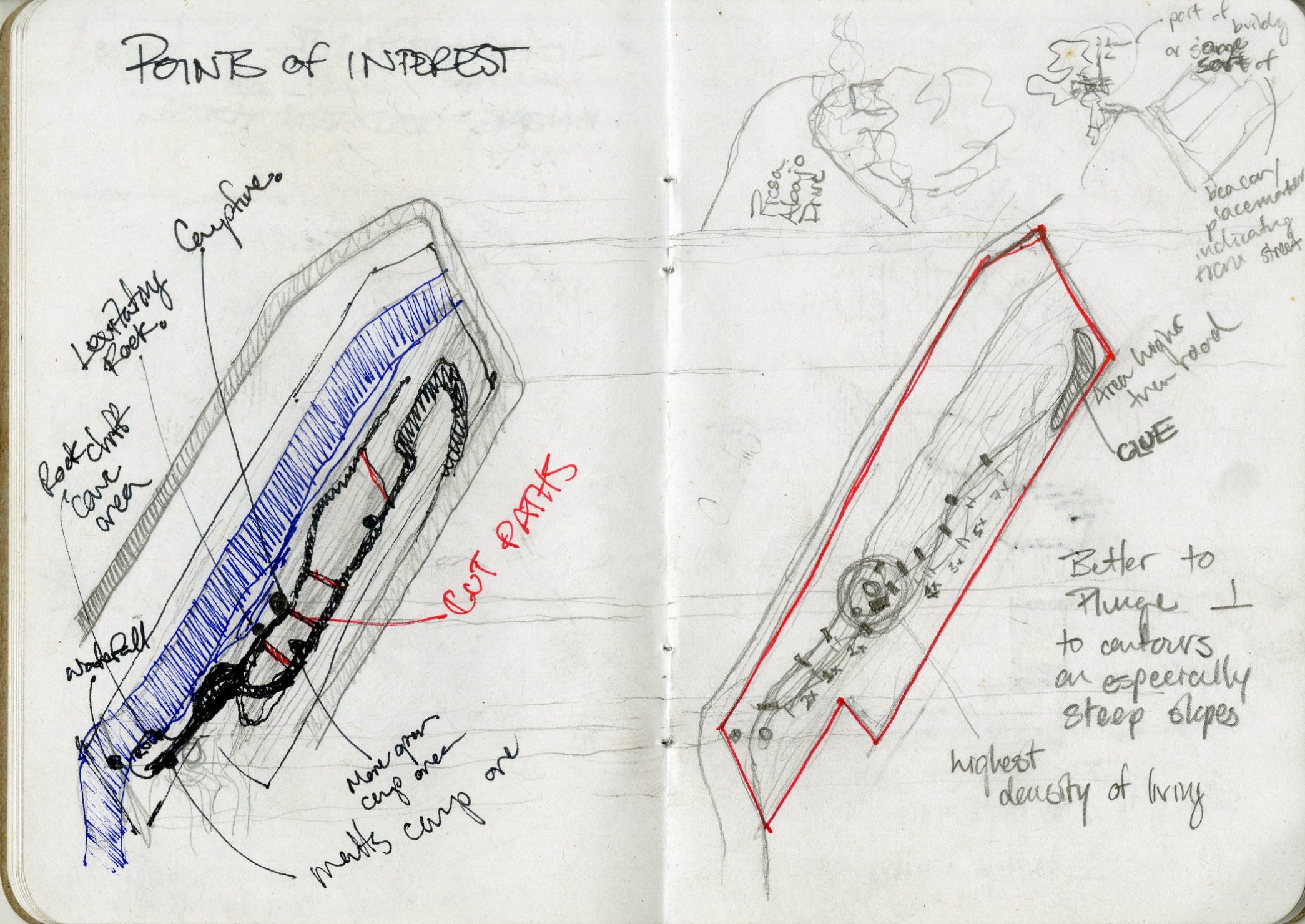 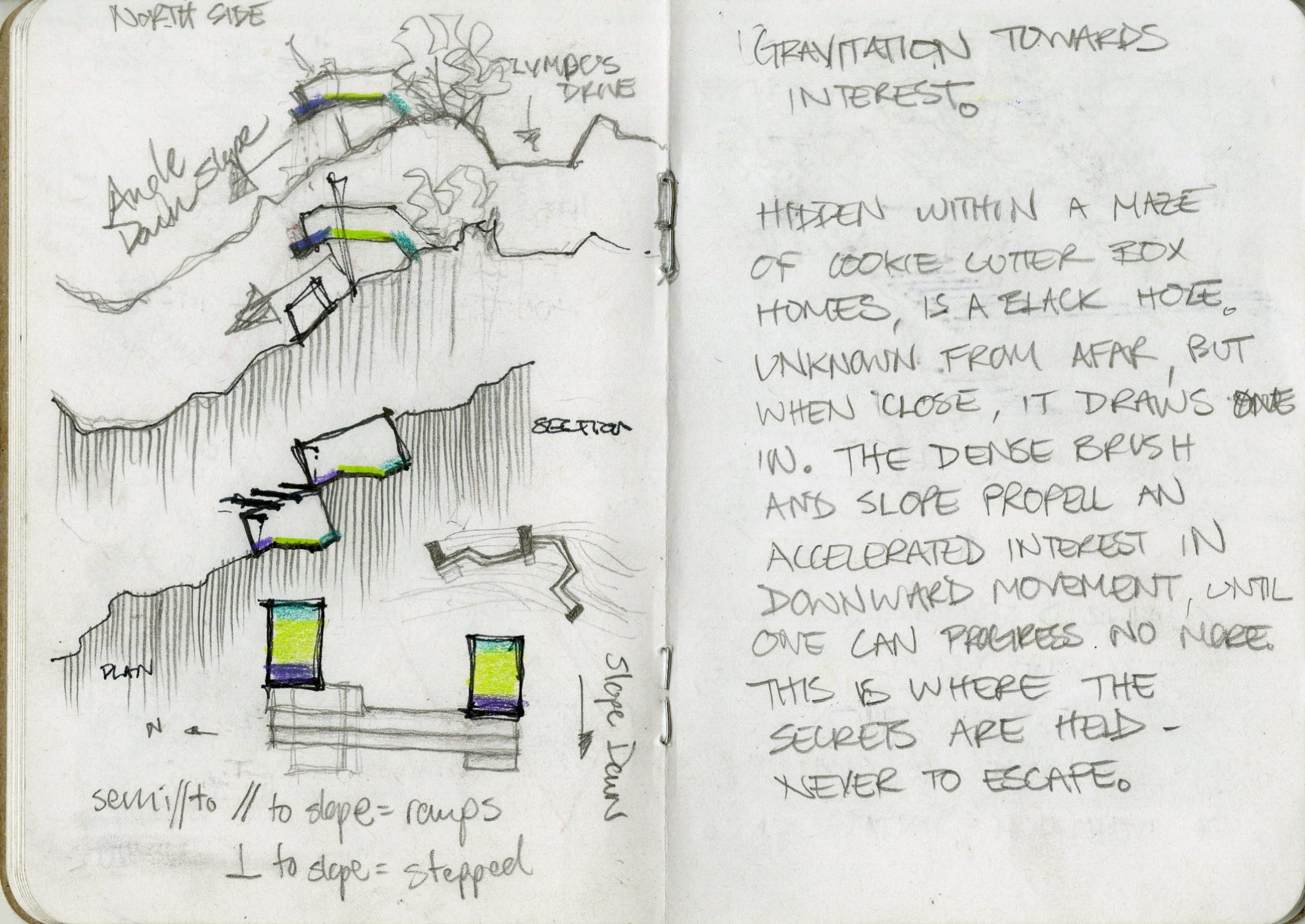