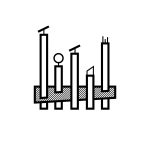 New York City has made great efforts to build affordable housing. However, according to laws in place when this project was designed in 2017, after 15 years the affordable unts become market rate. This project attempts to design housing that remains affordable even after it becomes market rate. To do this, privacy is defined as the differentiating factor. Privacy within the units range from a person owning an entire floor to cooperative style living arrangements. The more private units fluctuate in cost with the market, while the embedded community, happenstance, and closeness brought about by a lack of privacy in the co-op units drive a lower cost once the affordability laws expire. In the long run, the premiums from the private units and the higher number of people being charged rent per square foot in the co-op units maintain the concept’s validity to a landowner.

The units all sit atop a plinth that provides dance studios, a black-box theatre, and music practice rooms for the local Harlem School of the Arts. With an infrastructure of acoustical curtains, the school can be either one large practice space or separated into many smaller ones for flexibility in scheduling.  A large open space that extends from the street, through the building, and out to a rear garden is also provided in a similar vein. This space is ambiguous in its definition so that it can be leveraged for additional income through reservations and events by outside parties.  A regular occurrence would be a farmer’s market as the area is considered a food desert.

While this project is quite didactic and reminiscent of socialism in its housing implementation, I accept that social programs are sometimes necessary in a city where capitalism has run amok. My hope is that this project – of course with the help of a benevolent and willing landlord – could be seen as a new model for attainable living, working, learning, and playing. 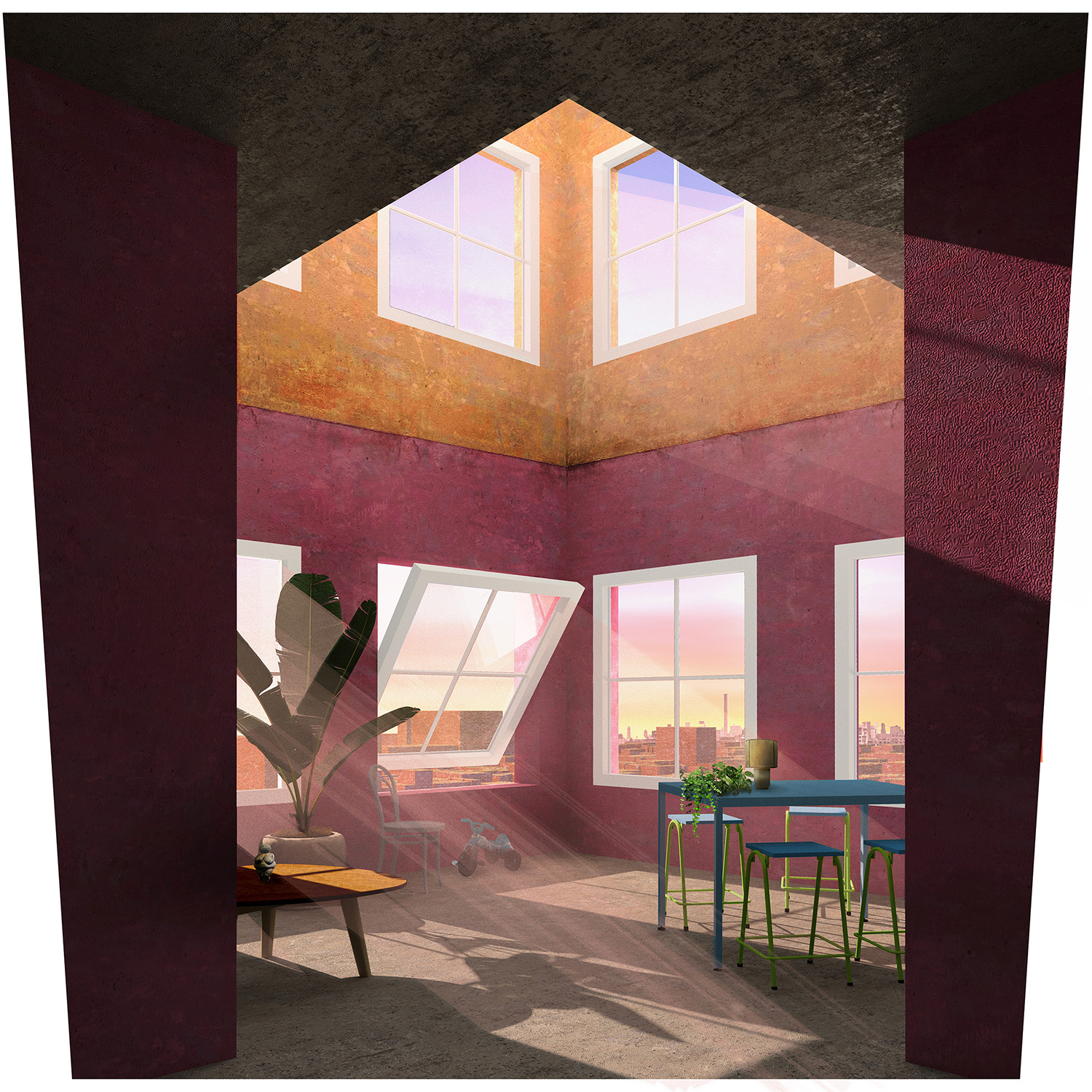 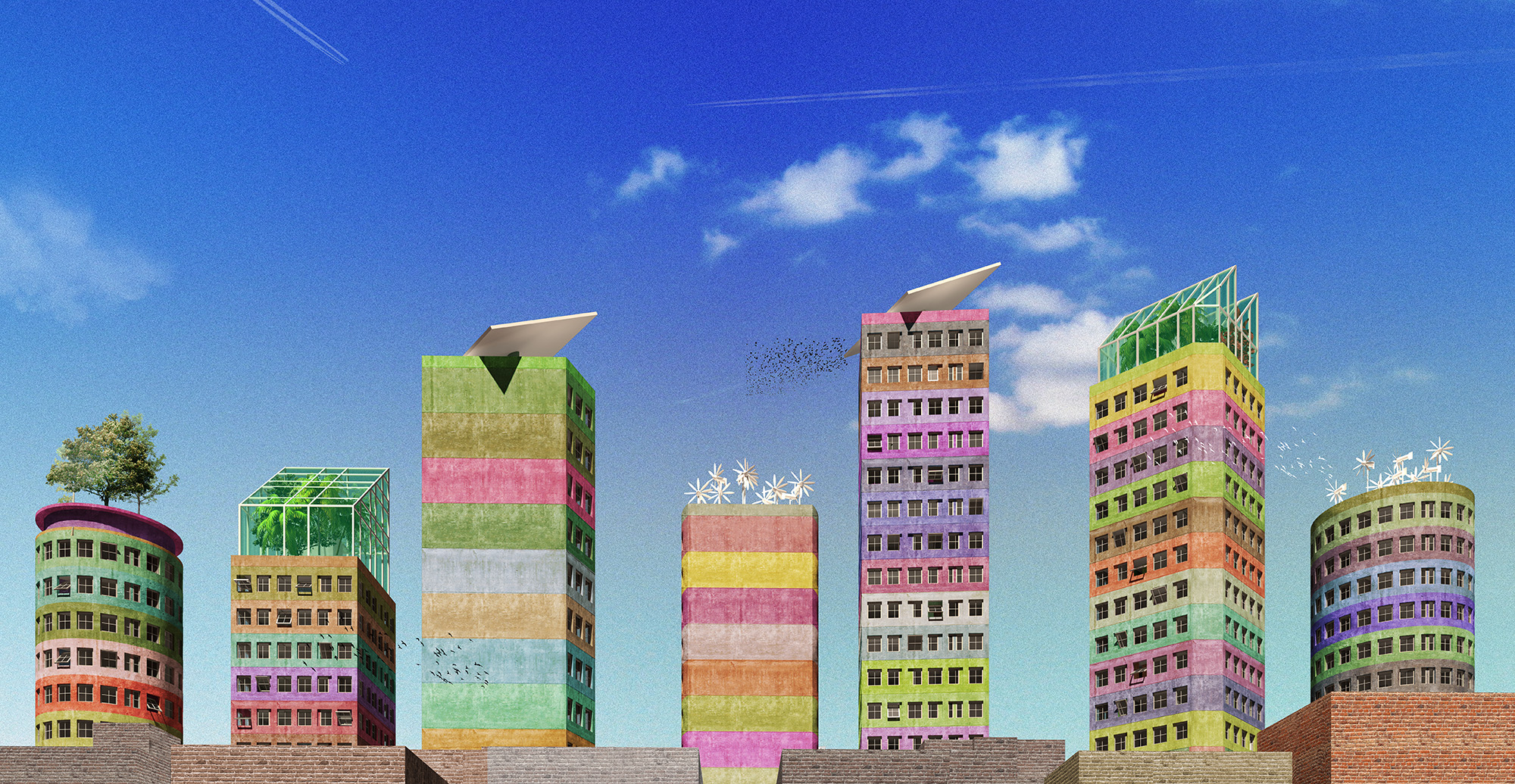 Grasshopper script used to generate the below massing ideas, which play with density, height, shape, and boundary. 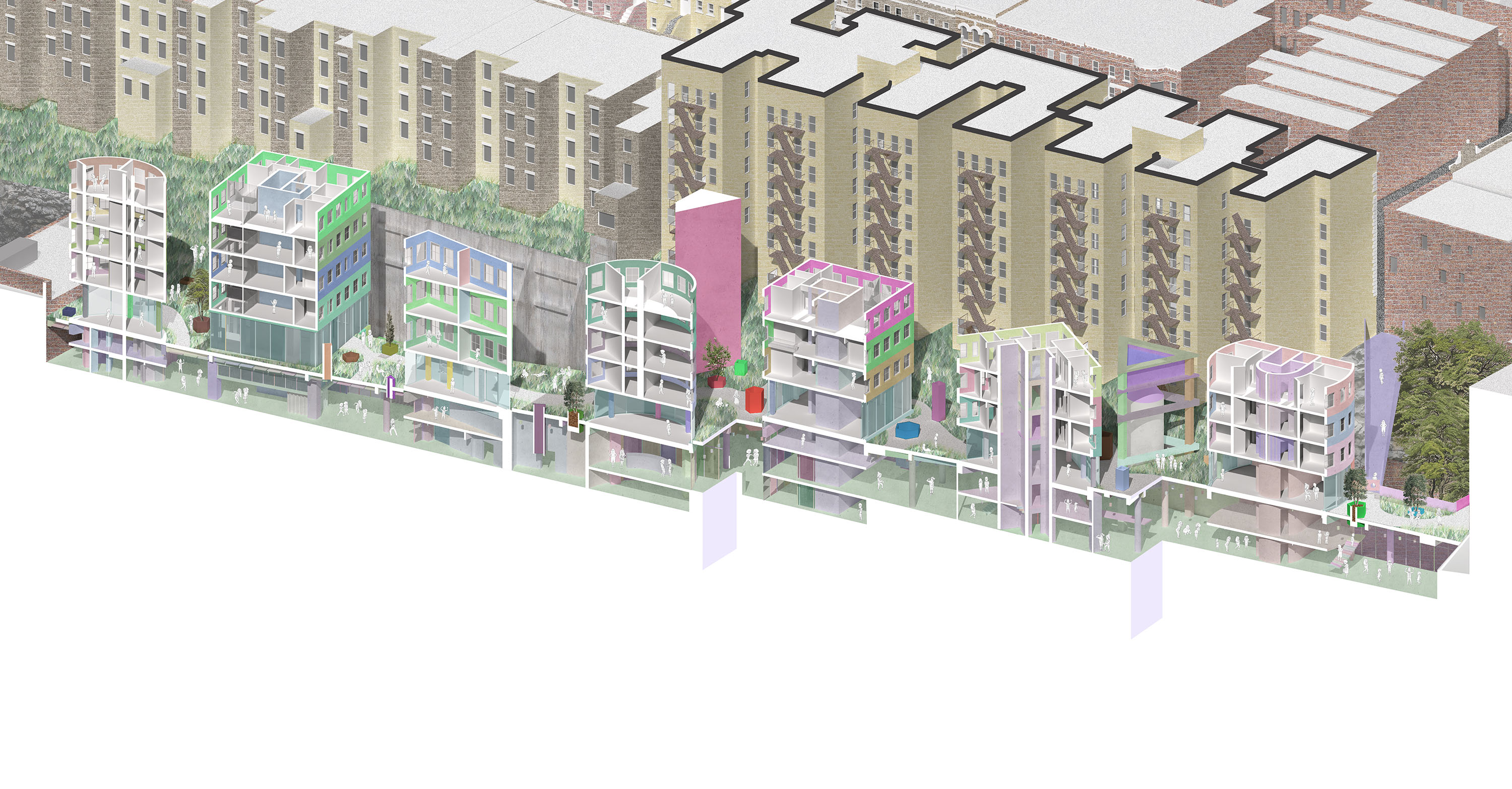 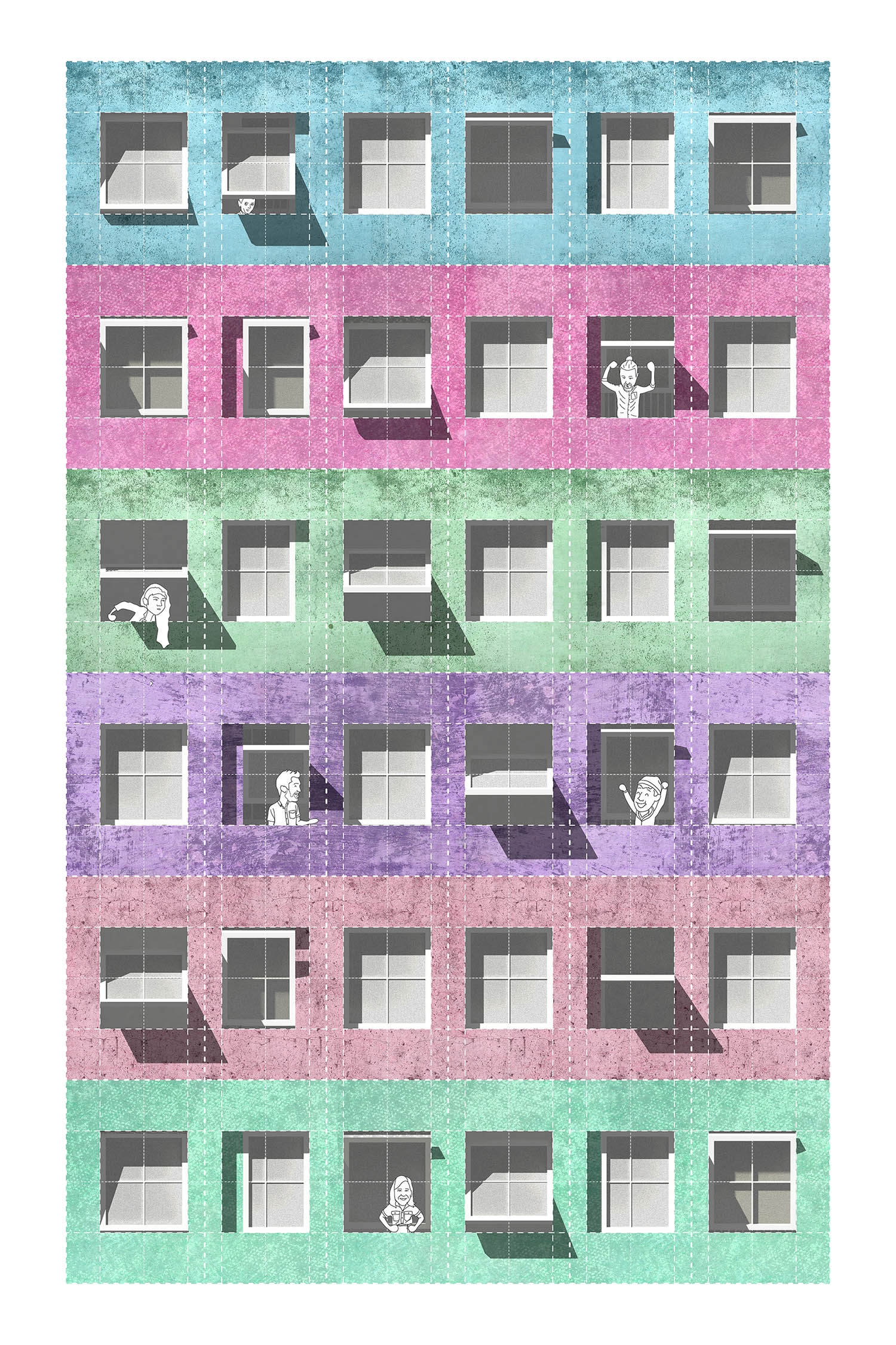 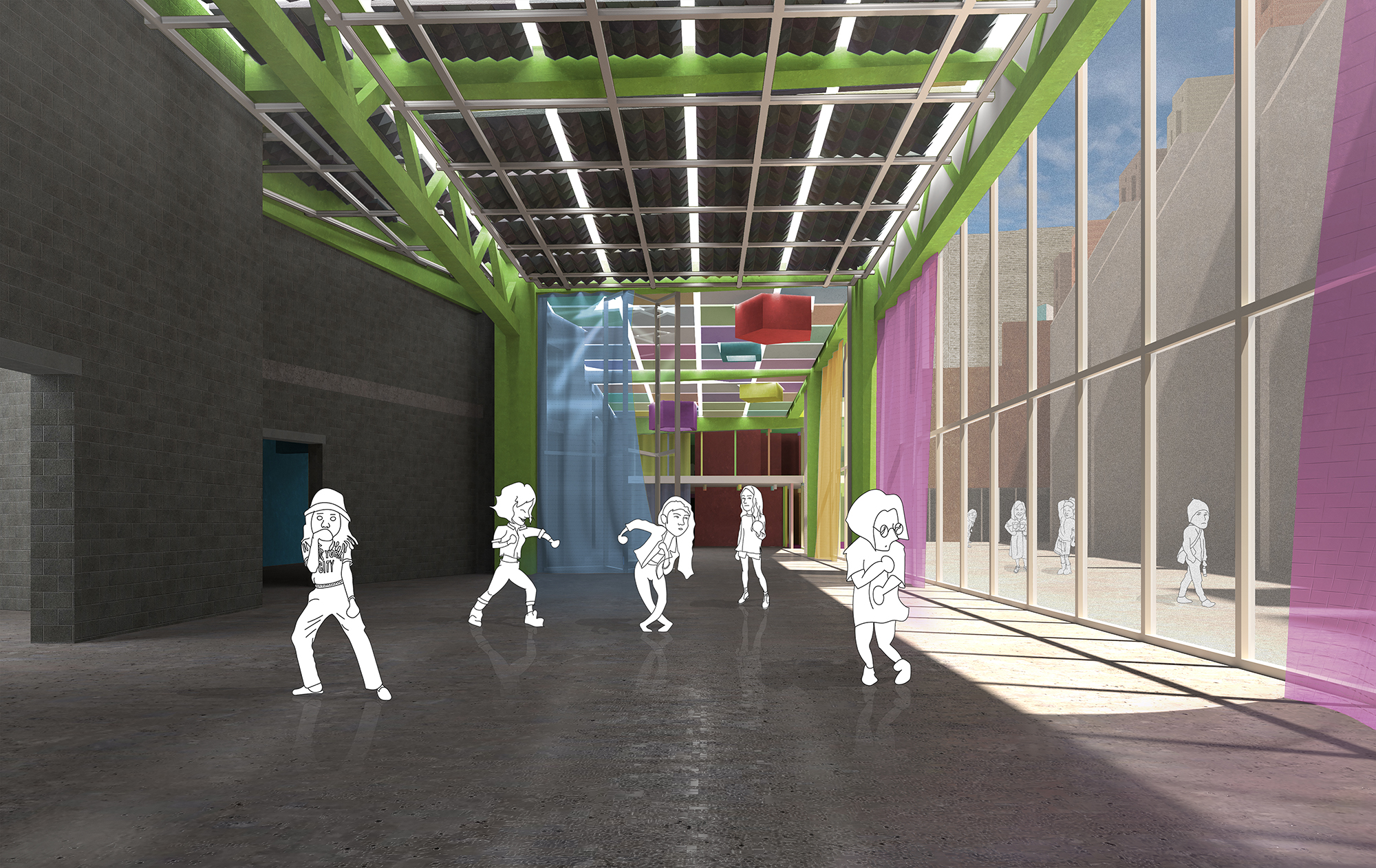 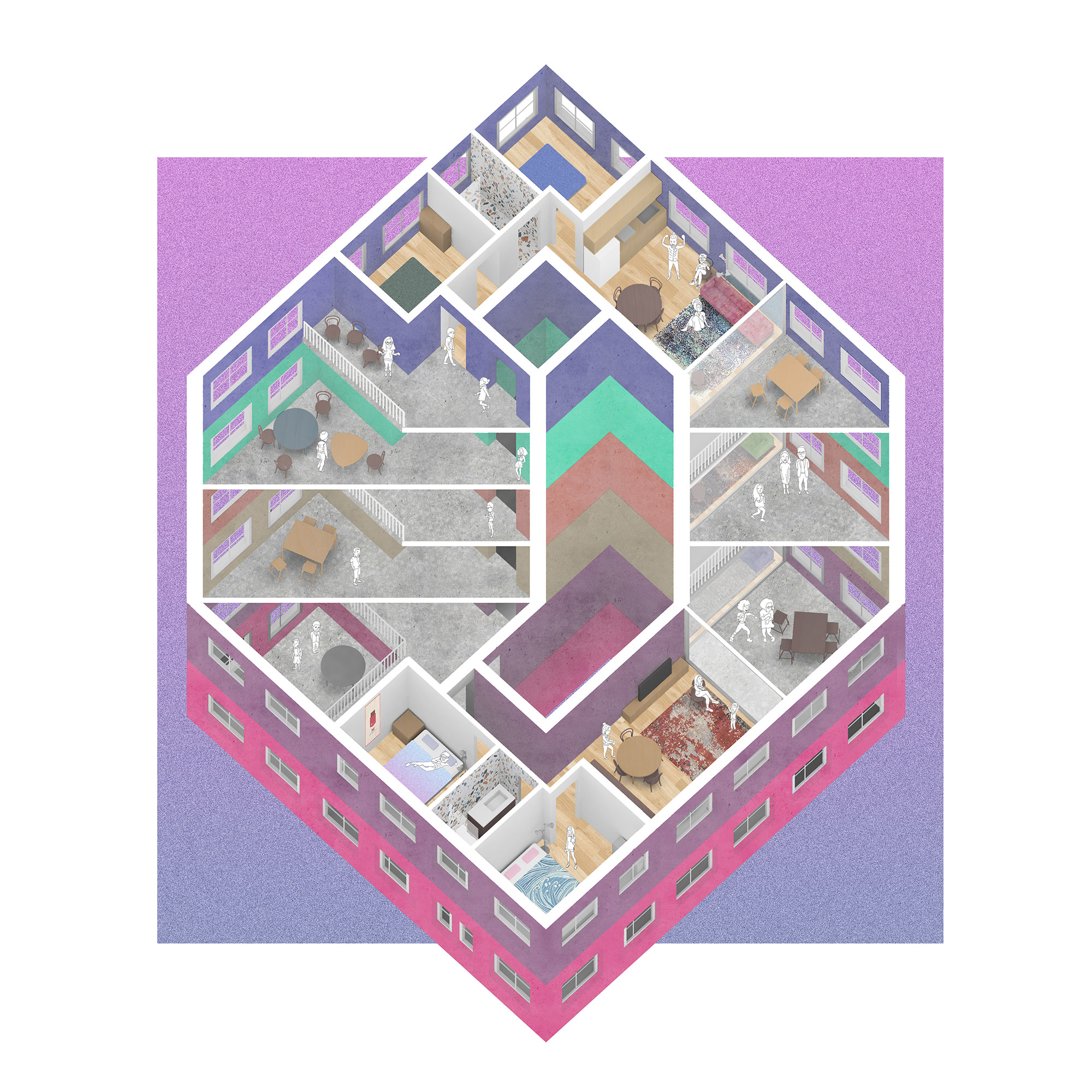 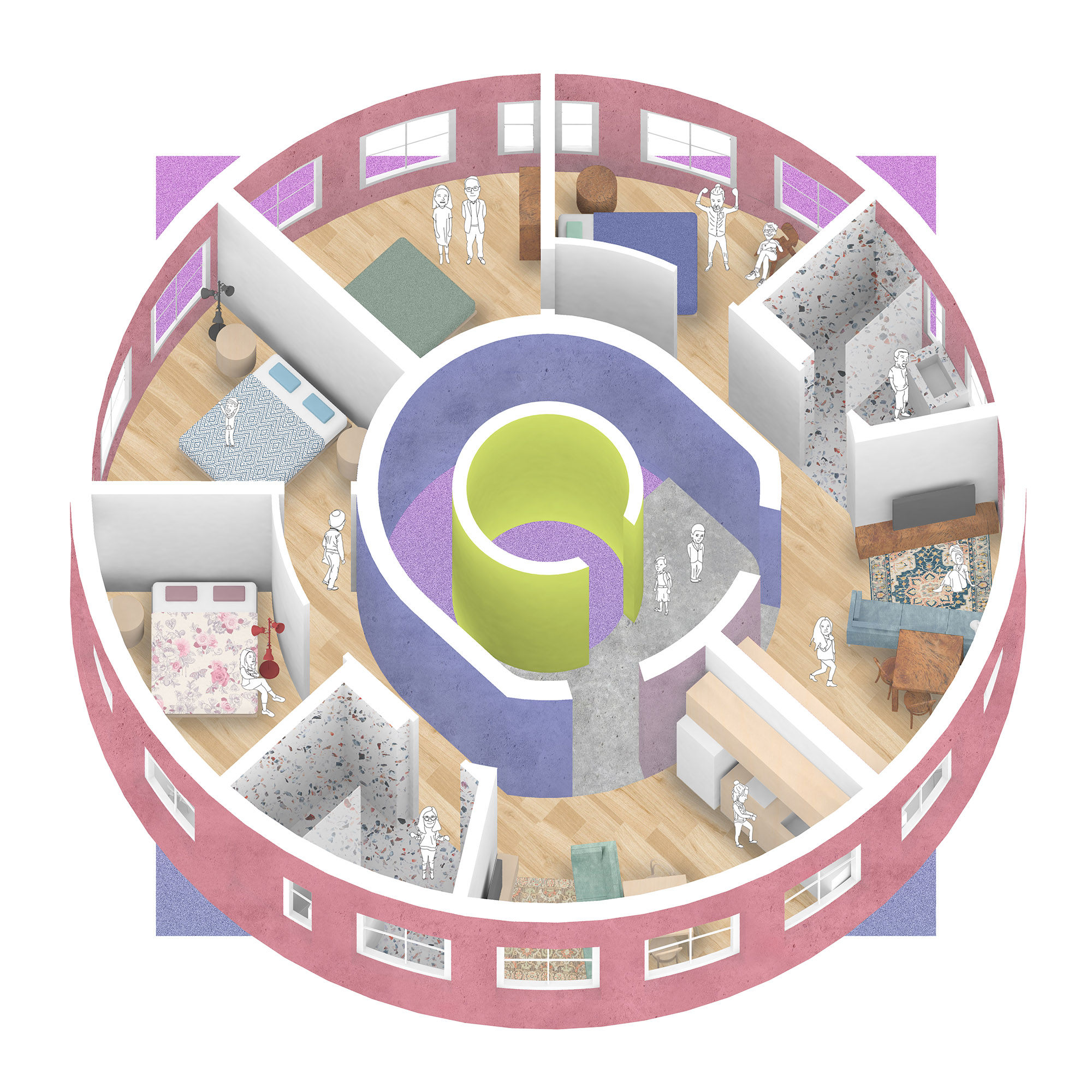 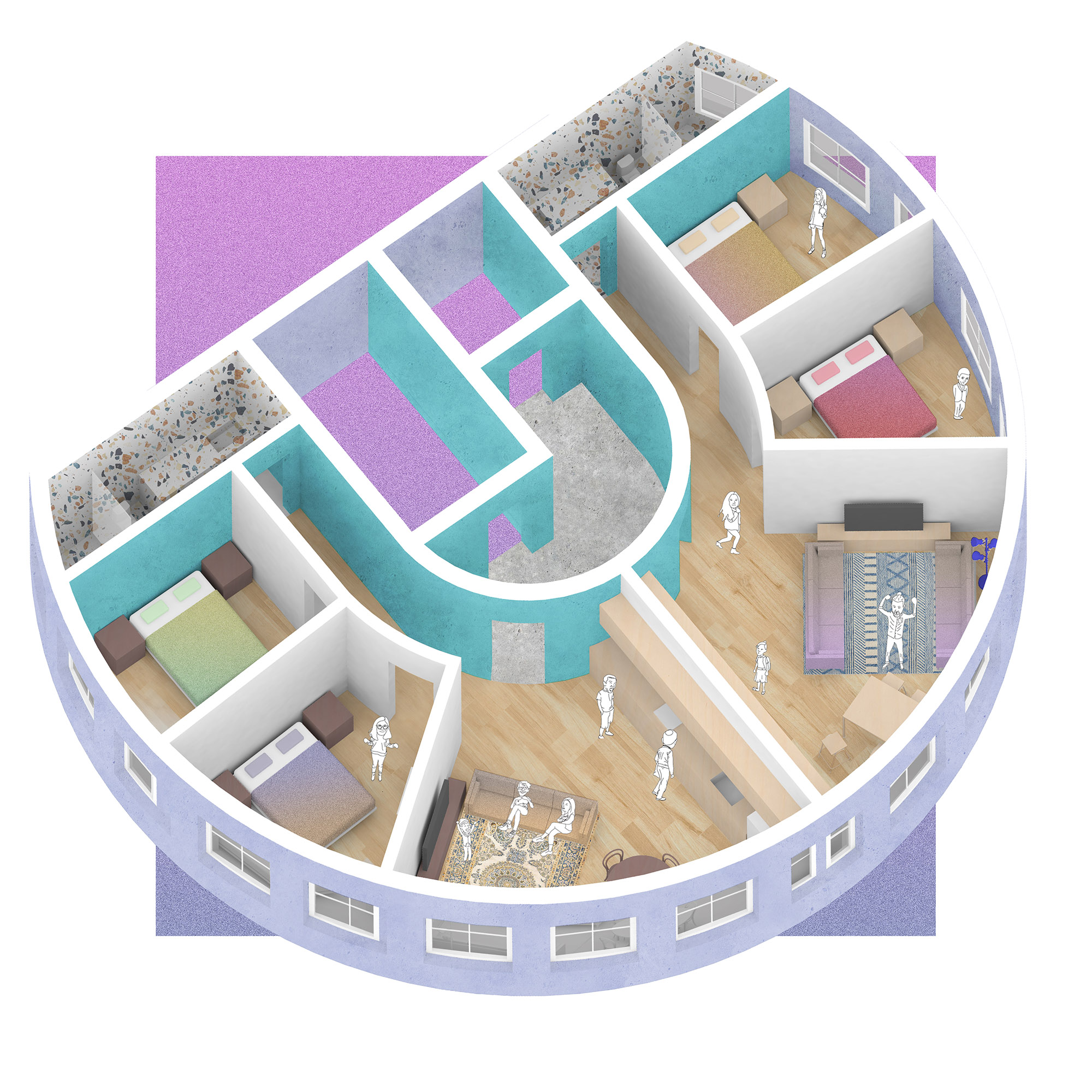 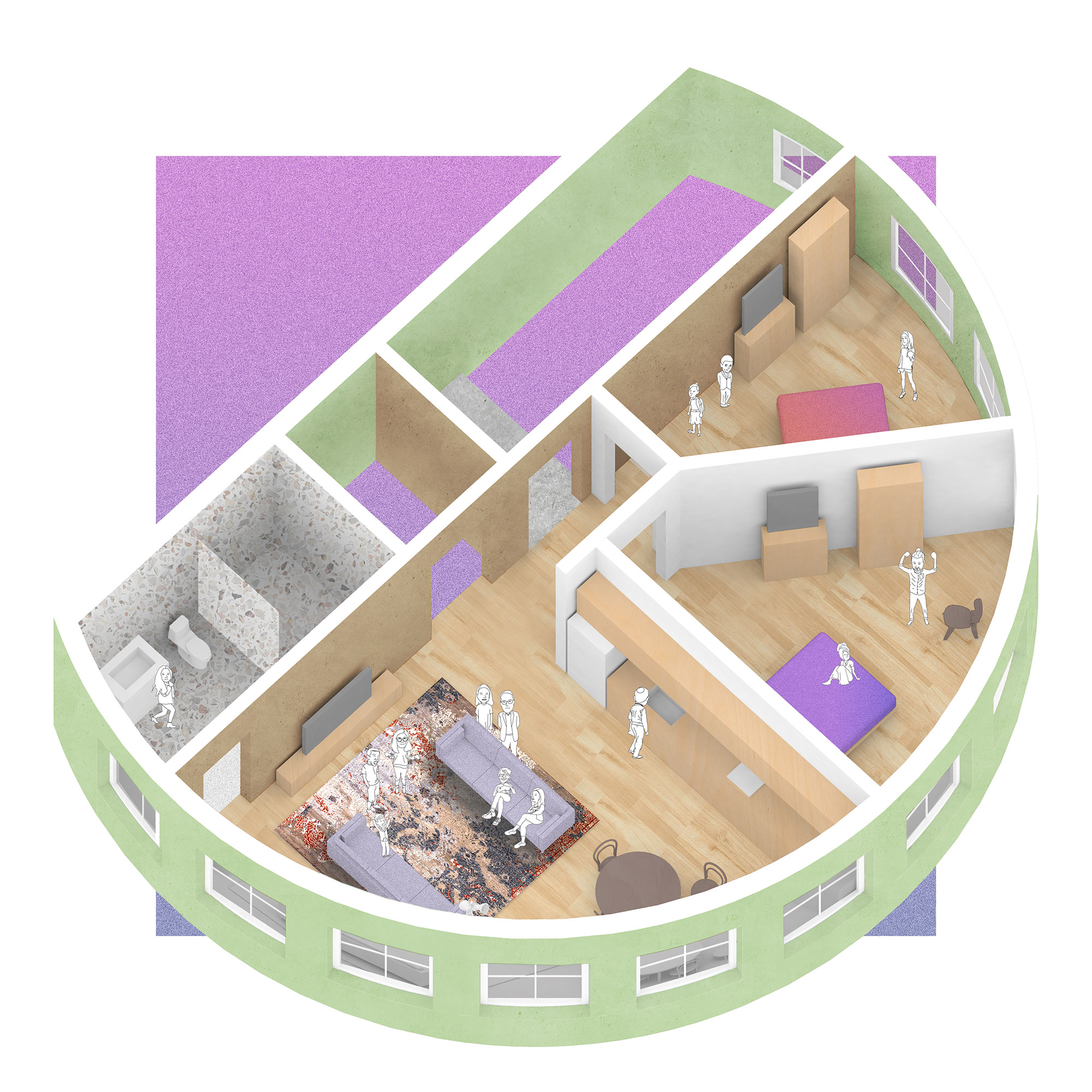 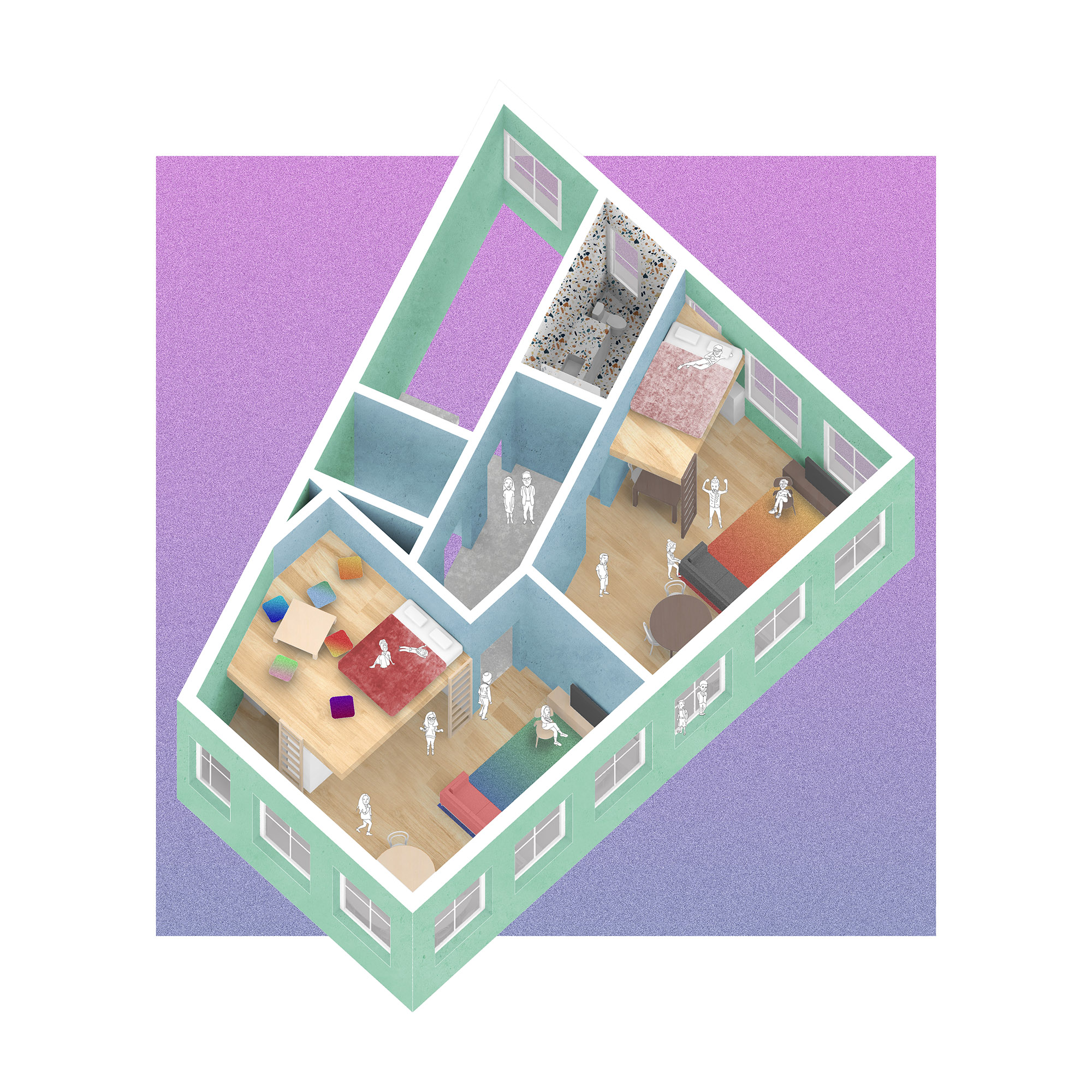 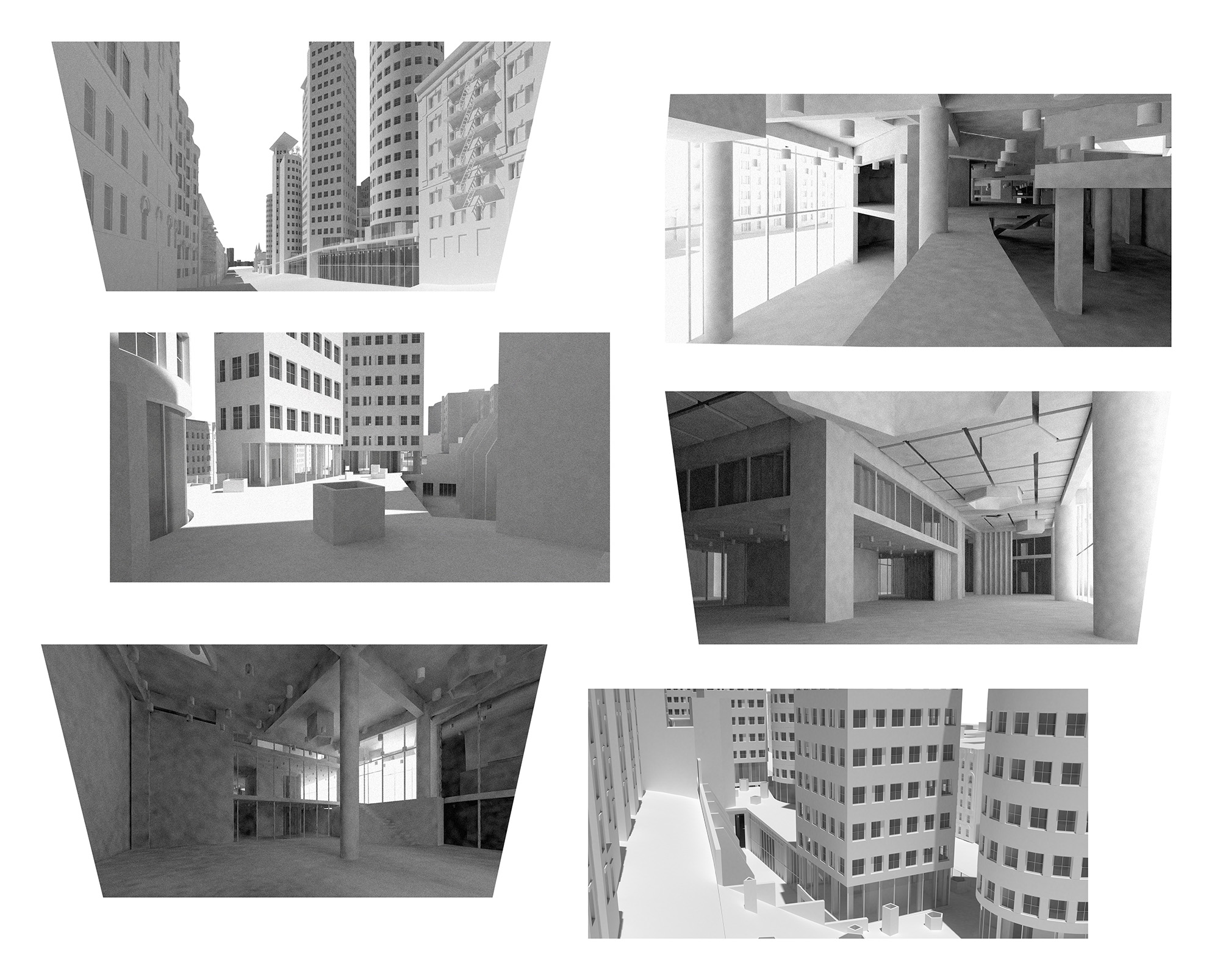 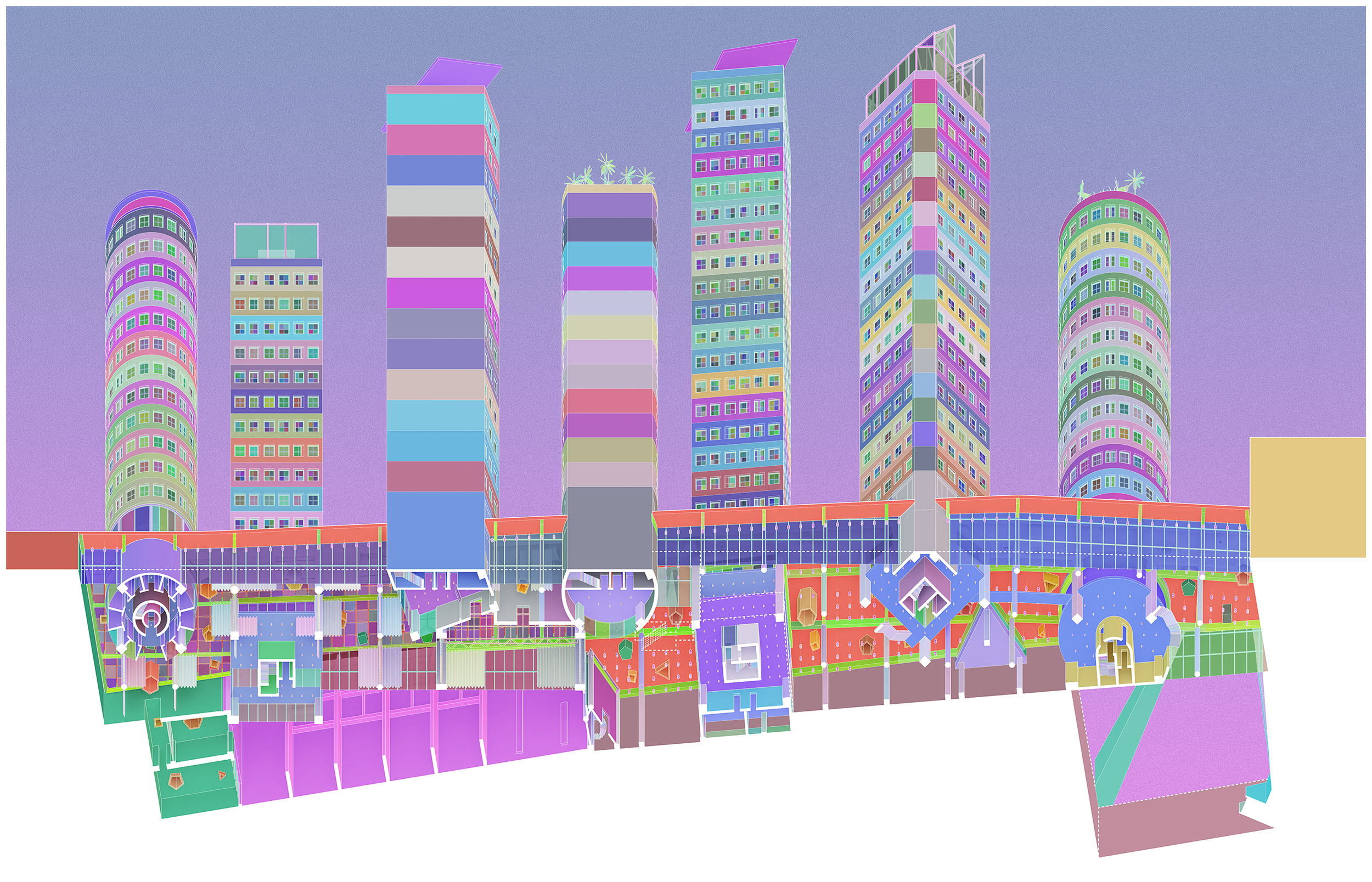 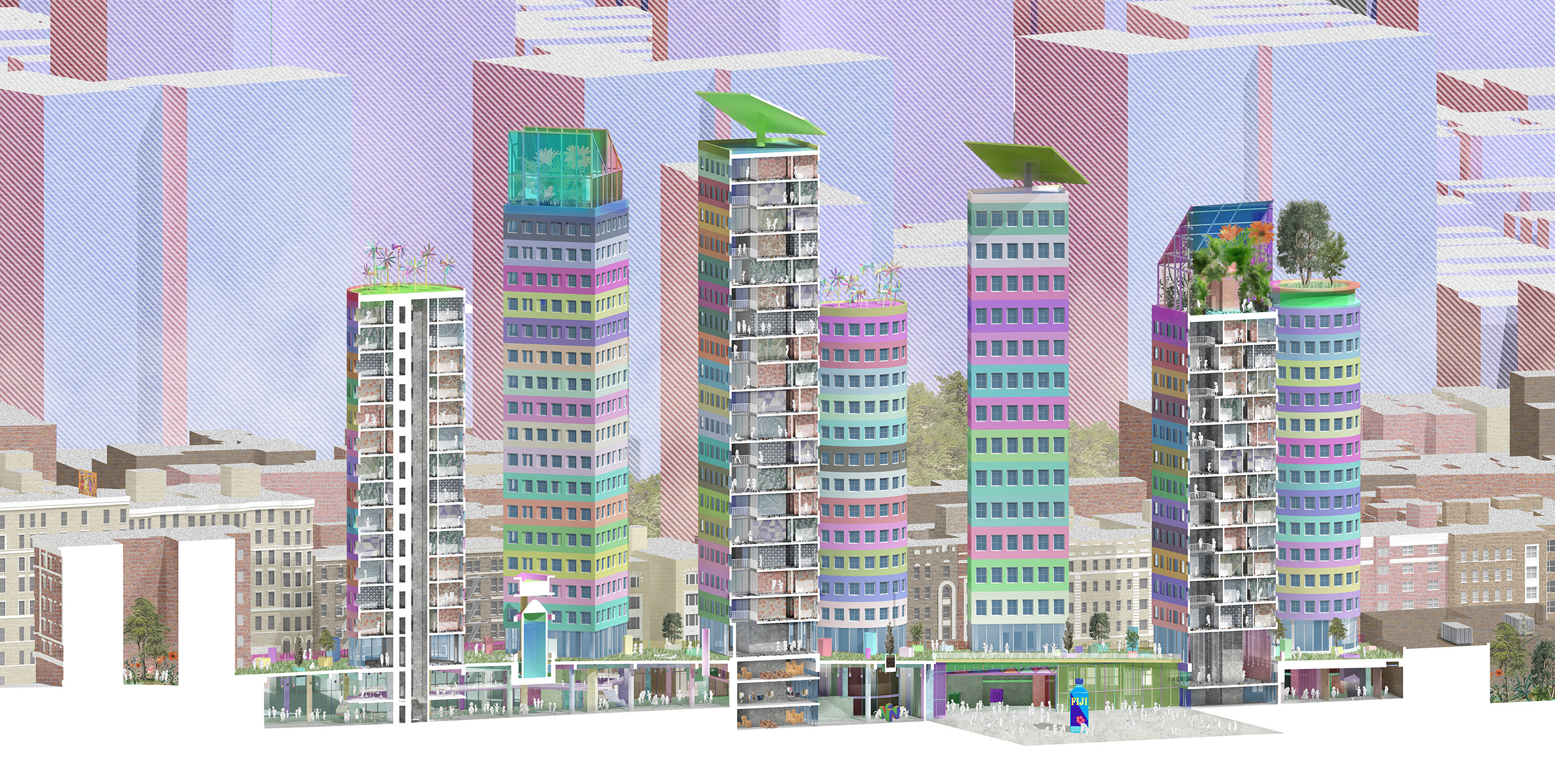 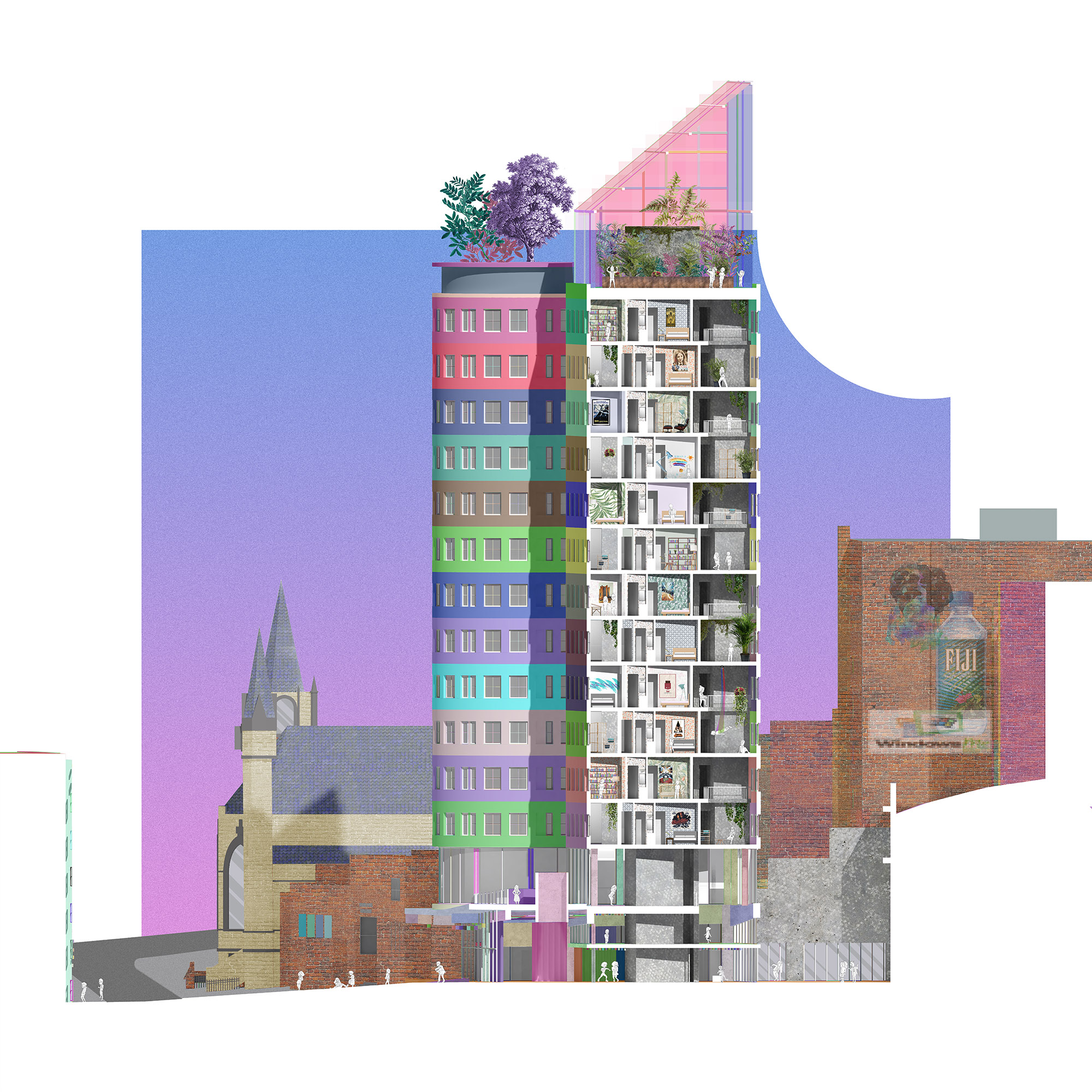